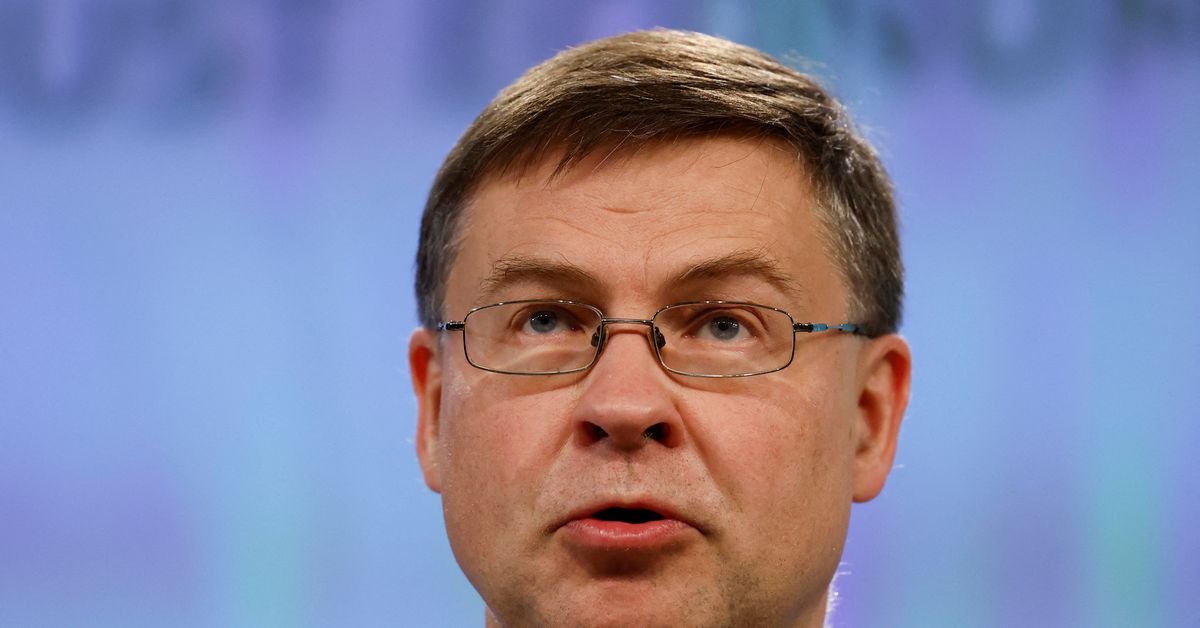 PRAGUE, September 10 (Reuters) – The European Commission will present proposals for changes to the European Union’s fiscal rules in the second half of October that could offer countries individual routes to debt reduction, the European Union said on Saturday. Vice-President of the Commission, Valdis Dombrovskis.

At a press conference after EU finance ministers met in Prague, Dombrovskis said the main purpose of the rules, designed to preserve the value of the euro, would remain to ensure the viability of public debt.

“This will require fiscal adjustment, reforms as well as investment,” Dombrovskis said, noting that public investment would likely receive more attention during the reform.

“These three elements must all be combined in order to achieve a realistic, gradual and sustainable reduction in public debt ratios,” he said.

EU rules state that public debt must be less than 60% of gross domestic product (GDP) and public deficits less than 3% of GDP. Read more

This would be a departure from the current rule that all countries must reduce their debt each year by one-twentieth of the surplus above 60% of GDP – a requirement far too ambitious for highly indebted countries.

“The rules must be clear and enforceable, which means they must be realistic,” said Czech Finance Minister Zbynek Stanjura, who hosted the meeting. “So whatever changes we make, we have to figure out what’s realistic.”

In a nod to Germany and some northern EU countries, the Commission will propose stricter enforcement of the rules in cases of non-compliance, Dombrovskis said, as past practice has shown that compliance rules was not a priority for some.

The Commission will also propose to simplify the rules by focusing on a single observable indicator, such as the expenditure criterion, Dombrovskis said.

The spending benchmark is a rule that allows governments to increase spending each year based on the economy’s potential growth rate – the rate at which an economy grows without generating excessive inflation.