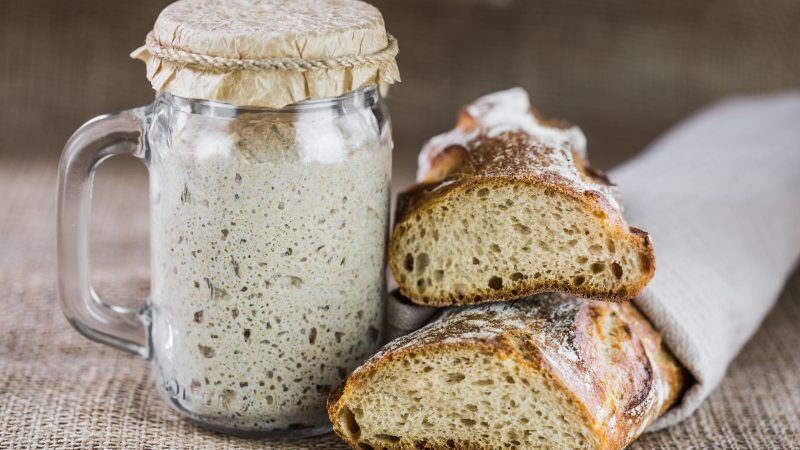 Classifying molasses as a renewable, carbon-free feedstock for biofuels will severely hamper the production of yeast, a key element in the preparation of bread, beer and wine, European yeast producers have warned.

EU yeast producers’ trade association Cofalec is calling on lawmakers to ensure a biofuel cap is put in place on the use of molasses, a syrupy by-product obtained from the extraction of sugars from sugar beets.

They also want member states to reject a European Parliament amendment that would see molasses designated as an emissions-neutral feedstock.

Yeast producers are additionally fighting against the classification of molasses as “residue”, which could see it fall into Annex IX of the Renewable Energy Directive, which defines advanced feedstocks for biofuels which are not not subject to a usage cap.

Diane Doré, Cofalec’s general secretary, told EURACTIV that the industry is “in the midst of a nightmare”.

“All of our sugar co-product, the raw material, is at stake. It’s in danger. And that could really cause a scenario where the yeast [industry] in Europe will disappear at some point, if it is not possible to produce it,” she told EURACTIV.

According to Doré, the reclassification of molasses could cause Europe to lose its position as the world leader in yeast production. If molasses were to be consumed in significant quantities by the biofuel industry, the EU food industry would become more dependent on China and the United States to meet demand for yeast, a key product in baking and fermentation, she said.

“We are talking about food sovereignty – even to make bread we will have to import our yeast from China,” Doré said.

EU lawmakers are currently engaged in negotiations to finalize the text of the revised EU Renewable Energy Directive, with the issue of biofuels expected to be a source of intense discussion.

The proposal put forward by the European Commission states that “no emissions will be attributed to waste and residues” and that biofuel feedstocks included in Annex IX “will be considered as having no greenhouse gas emissions on their life cycle.

This means that advanced feedstocks for biofuels, such as residues from agriculture and forestry, would be considered essentially emission-free.

However, the Commission text goes on to say that residues that do not fall under Annex IX will have their carbon emissions calculated according to “their closest substitute in the food and feed market”.

But according to Parliament’s position, the line on carbon substitution would be deleted, meaning that non-Annex IX raw materials would also be considered carbon-free.

Cofalec said adopting the European Parliament’s position represents the “worst-case scenario” for them, as it would further encourage the use of molasses as a carbon-neutral biofuel.

The ethanol industry, on the other hand, supported the European Parliament’s amendment.

“At a minimum, we will have to maintain the difference introduced by the European Commission, because it will mean a little less worry for us. But it is really going to be a difficult situation,” Doré said.

The trade association is pushing for molasses and low green syrup to be included in the ‘food and feed’ crop category for biofuels, which would mean its use is subject to a cap, currently set at 7 %.

Parliament lawmakers voted on September 14 to raise the EU’s transport emissions reduction target from 13% to 16% by 2030 in an effort partly to rapidly reduce the sector’s reliance on fossil fuels Russians.

To achieve this higher goal, Parliament is seeking to increase the use of advanced biofuels and e-fuels derived from hydrogen.

It remains to be seen whether member states will accept the higher target proposed by MEPs, making the 16% target legally binding.

The ethanol industry brushed off concerns from yeast producers, arguing that this is a mask for their lack of competitiveness in the international market.

The yeast industry is using biofuels as a scapegoat for its own trade problems, as foreign competitors increasingly look to Europe, it has been claimed.

“The problem here is not the availability of food or feed; it’s a question of price and the competitiveness of the European yeast industry with China and Russia,” David Carpintero, managing director of ePURE, told EURACTIV.

“The EU yeast industry has always been supplied with substrates from sugar refining – even during COVID. solve a competitiveness problem,” he added.