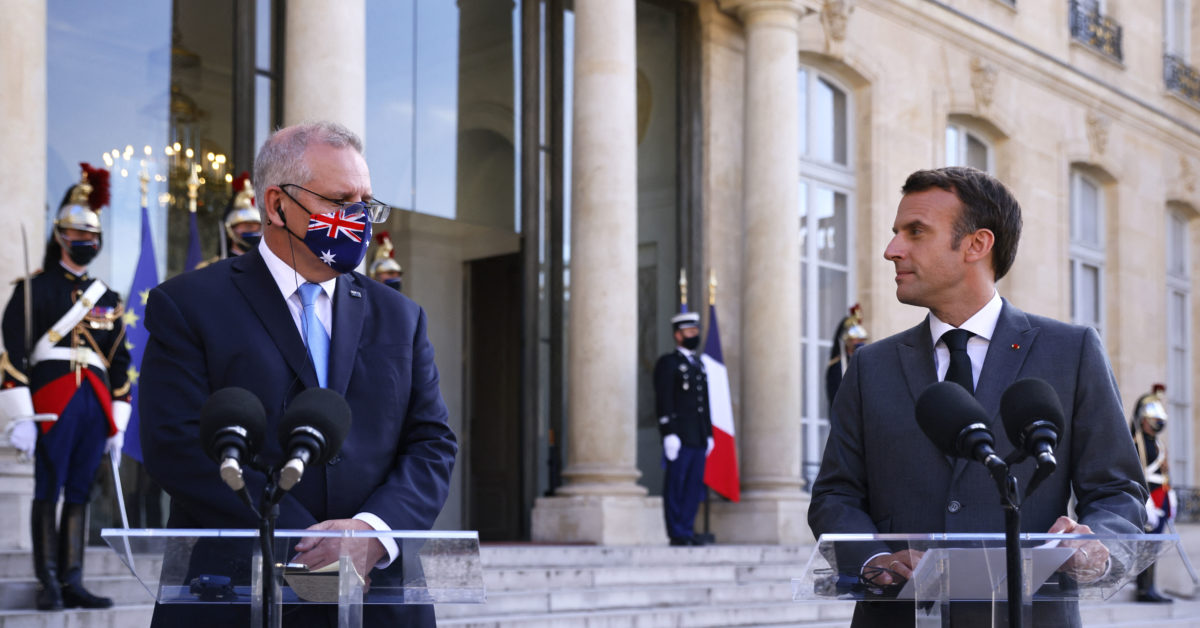 Paris reacted indignantly to Australia’s decision last week to drop a French contract to build diesel-electric submarines and instead make a pact with Britain and the United States to acquire nuclear powered ships. A sign of the extraordinary anger of the French, President Emmanuel Macron recalled his ambassadors from Washington and Canberra.

Clément Beaune, French secretary for European affairs, told POLITICO that Europe could hardly continue negotiations for a free trade agreement after such a breach of trust. Brussels has held 11 rounds of talks with Canberra to date, and Australia initially hoped to secure the deal before the end of the year.

“Keeping his word is the condition for trust between democracies and between allies,” he declared. “It is therefore unthinkable to move forward in trade negotiations as if nothing had happened with a country in which we no longer trust.”

In theory, the European Commission has exclusive powers to conduct trade negotiations on behalf of the 27 member countries. But it would be impossible for Brussels to rush in the face of the frank French opposition.

Indeed, France has a very successful track record of killing the EU’s trade agenda with open hostility. In 2016, then-President Francois Hollande effectively torpedoed the Transatlantic Trade and Investment Partnership talks with Washington, and Macron also made it clear that he would not allow the entry into force of the Mercosur agreement with the countries of South America.

France has traditionally been very defensive on trade deals with major agricultural exporters, and Canberra is certainly no exception. Without the support of France, the European Commission will not be able to grant Australian farmers preferential market access for their beef and dairy products – the heart of the deal for Australia.

If there was any doubt that the deal was on the ropes, German MEP Bernd Lange, chairman of the European Parliament’s Committee on International Trade, said the deal was in trouble, for reasons that ranged from beyond the opposition of France. “The willingness to compromise on the European side has certainly diminished,” Lange told POLITICO, saying Australia’s recent turnaround had also affected German interests.

“In addition to the direction of Australia’s security policy, the deal with the United States also sends industrial policy signals against the EU,” Lange said, noting that the new pact also affects the German company Atlas Elektronik, which is part of Thyssen Krupp Marine.

“Industrial policy cooperation and technology transfer, which are part of the EU’s Indo-Pacific strategy, have become more complicated,” Lange added. “And there are clear differences with the United States, especially in terms of sustainability and social responsibility – which, by the way, were part of the Franco-European offer for submarines.”

Lange said the response should be “to extend the EU’s open strategic autonomy and define our own economic, political and security interests”.

But French criticism is unlikely to be welcomed by more free-trade EU countries such as Sweden, Ireland or the Netherlands.

Irish Trade Promotion Minister Robert Troy told POLITICO he wants to see progress in the EU’s negotiations with Australia, regardless of the Indo-Pacific agreement between Australia, the United States and the United Kingdom.

“I’m sure that will play a role, it will influence future discussions,” Troy said.

But he has always advocated a pragmatic approach: “In the long term interest, it will always be extremely beneficial to conclude the free trade agreement between the EU and Australia. I do not envision any deviation from that.

The European Commission predicted last week that the submarine explosion would not have an “immediate” effect on the trade deal.