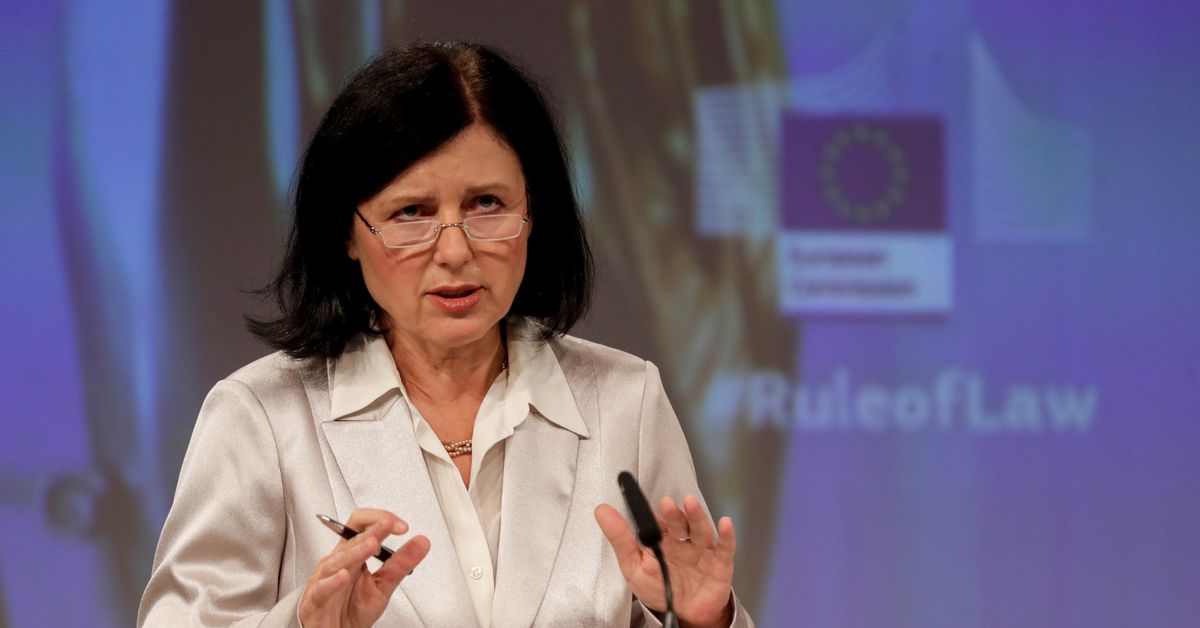 EU asks Hungary and Poland to step up their democratic game

BRUSSELS, July 13 (Reuters) – The European Union on Wednesday called on Hungary and Poland to improve judicial and media independence, as well as anti-corruption safeguards, saying the conditions for unlocking billions of assistance for the two countries have not been met and that serious concerns persist. .

The assessment is contained in the EU executive’s new rule of law report, which includes advice for democratic improvements across the bloc’s 27 member states, from better financial disclosure by civil servants to digitization of public administration.

But eyes are on the two former communist countries where Eurosceptic governments are fighting increasingly bitter battles with the EU over migration, human rights, environmental affairs and democratic values.

“Russia’s war in Ukraine is another reminder of the importance of our work to defend and promote the rule of law in the EU and beyond,” said the European Commissioner for Values ​​and Transparency, Vera Jourova, during the presentation of the report.

“We can only remain credible if our own house is in order.”

The Brussels-based Commission is denying Budapest access to €15.5 billion in recovery funds meant to help pull economies out of the COVID slump, and an additional €36 billion envisaged for Poland, the largest country in the east of the EU.

The Commission has already approved payments for 25 member countries. Poland is part of this group, but it has not yet received any money because the Commission undertakes to refrain from making the actual bank transfer before the Polish judicial system is fixed.

On Wednesday, he said that “serious concerns persist regarding the independence of the Polish judiciary”.

It prescribed the separation of the roles of Minister of Justice and Attorney General, improving civil society’s access to policy-making and ensuring a fair process in deciding media broadcasting licenses.

“It’s not about the rule of law,” said Polish Justice Minister Zbigniew Ziobro, who is also the country’s attorney general and the man behind the overhaul of the Polish courts which, according to the EU, left them open to political interference.

“It’s about power, it’s about overthrowing a government that has a democratic mandate in Poland,” Ziobro told a news conference in response to the commission’s recommendations.

Budapest has repeatedly said over the weeks that it is ready to strike a deal with the Commission, but the executive has signaled insufficient progress from Hungary.

Hungarian Prime Minister Viktor Orban’s chief of staff, Sergely Gulyas, said on Wednesday that Budapest met all the technical and legal conditions to obtain the funds, and accused the Commission of politicizing the issue. Justice Minister Judit Varga called the report a “usual crossfire”.

He recommended that Budapest strengthen the role of its National Judicial Council, increase the independence of its media regulatory authority and adopt “comprehensive reforms on lobbying”.

The withholding of EU funds comes at a sensitive time for Orban as the Hungarian forint hit record highs against the euro amid double-digit inflation and rising energy costs.

“This leaves Orban with a tricky economic problem to solve, one that would be easier to solve if he had access to EU funding,” consultancy Eurointelligence said on Wednesday.

Meanwhile, Orban has complicated EU efforts to impose sanctions on Russia for waging war on Ukraine, or agree a minimum global corporate tax.

“Hungary and the European Commission (…) are approaching a mutually damaging impasse,” Eurointelligence added.

Attacks down, terrorism still a threat to the EU