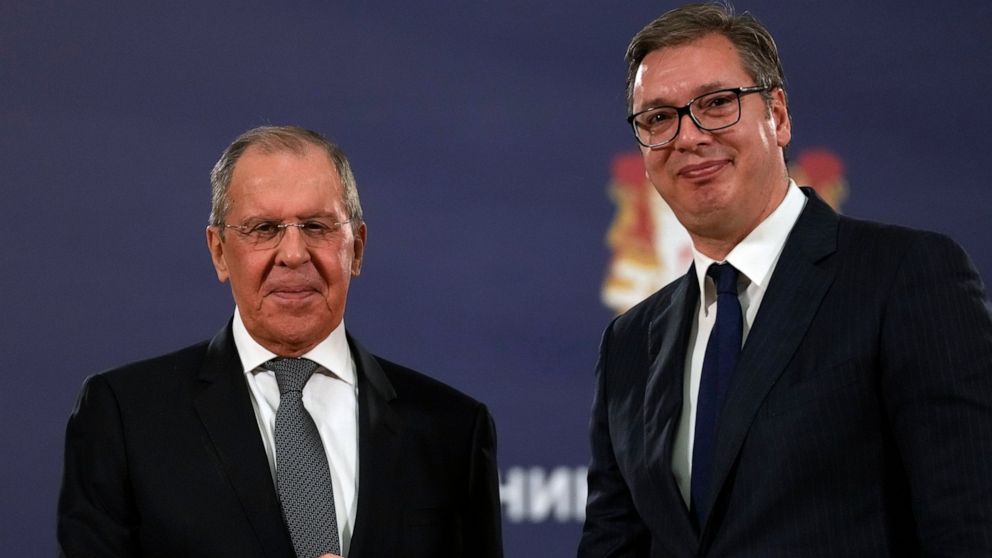 EU and US question Serbia’s EU commitment after Russia deal

Belgrade, Serbia — The European Union and the United States on Monday questioned Serbia’s declared commitment to join the bloc of 27 European nations after Belgrade signed an agreement with Moscow promising long-term “consultations” on security issues. foreign policy amid Russia’s war in Ukraine.

Serbian officials signed the accord last week in New York with Russian Foreign Minister Sergei Lavrov on the sidelines of the United Nations General Assembly, where most Western delegations avoided Russia’s top diplomat during the invasion of Ukraine by the country.

The Serbian Foreign Ministry has sought to downplay the significance of the signed agreement, saying it is a “technical” agreement and related to bilateral relations and not to security issues.

Although Serbia has said it supports Ukraine’s territorial integrity, its right-wing government has repeatedly refused to join Western sanctions against Slavic ally Russia. Aligning foreign policies with the EU is one of the key prerequisites for joining the 27-nation bloc, but Serbia has increasingly defied calls to do so.

News of the deal drew heavy criticism from European and US officials.

European Commission spokesman Peter Stano warned on Monday that Serbia’s relations with Russia cannot be “business as usual” under the current circumstances where Moscow is violating the UN Charter with its armed forces committing atrocities in Ukraine.

“It is a very clear sign of their intention to strengthen their ties, to further strengthen the relations between Serbia and Russia and it raises serious questions,” he said. “We take this very seriously and we follow this.”

US Ambassador Christopher R. Hill said “further alignment with Russia is a step in the wrong direction and contrary to Serbia’s stated European aspirations”.

“The United States believes that no country should expand its cooperation with Russia as it continues its war of aggression against Ukraine,” Hill said in a statement to The Associated Press. “The news of this signed agreement with Russia is surprising and contrasts sharply with other constructive meetings in New York with Serbian officials.”

Under the 10-year rule of Serbian populist leader Aleksandar Vucic, a former ultranationalist, Serbia has gradually moved away from its proclaimed EU goals and established close political ties with Russia.

Why Switzerland is the best country in the world | Top countries