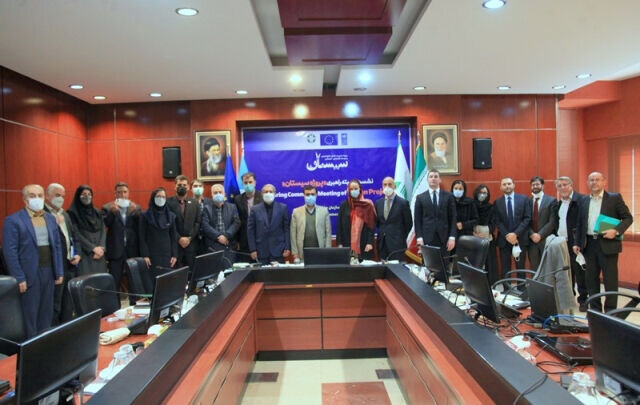 TEHRAN – The Ministry of the Environment (DOE) hosted the first meeting of the Sistan project steering committee on Saturday in Tehran with the participation of the United Nations Development Program (UNDP) and the European Union (EU).

Sarah Rinaldi, head of the Middle East and Central Asia office for international partnerships at the European Commission, and Claudio Providas, UNDP representative in Iran, attended the meeting, IRNA reported.

The project “Improving the integrated management of natural resources for the restoration of wetland ecosystems and support for the development of alternative livelihoods of local communities”, abbreviated as the Sistan project as a joint project between the Iranian Ministry of the Environment and UNDP, and is funded by the European Union.

Launched in 2020, the main objectives of the project include efforts for the integrated management of natural resources and socio-economic development of the Sistan region with an emphasis on supporting alternative livelihoods consistent with competitive advantages.

Ali Salajeqeh, head of DOE, said that together we must learn from the experience and ideas of the international community. Fortunately, the European Union has valuable experiences and we have seen good communication at different levels, and good results have been achieved which can be used as a model in other parts of the world.

Launched in 2020, the main objectives of the project include the integrated management of natural resources and the socio-economic development of the Sistan region. With the vast indigenous knowledge that exists in the Sistan region, these potentials can be used to manage water, soil, climate and vegetation resources and lead them in the right direction, and good experiences like the Sistan project are an honor for the country. , so that special attention is paid to the region, he stressed.

The Hamoun region being located next to countries such as Afghanistan and Pakistan requires a regional perspective and we must deliver the achievements to neighboring countries in order to reduce the environmental problems of the region.

Since the livelihoods of the people depend on the international Hamoun wetlands, we must pay special attention to them and create a culture and a bed of sustainable and alternative livelihoods, he concluded.

Sustainable management of water and land

The Hamouns are transboundary wetlands on the Iranian-Afghan border consisting of three lakes: Hamoun-e Helmand, which is entirely within Iran, Hamoun-e Sabari at the border, and Hamoun-e Puzak, almost entirely within the ‘Afghanistan. The three lakes are connected and fed by water from the Helmand River which originates in the Hindu Kush Mountains of Afghanistan.

Over the past two decades, once fertile wetlands have dried up considerably. The Taliban government closed the locks at the Kajaki Dam on the Helmand until 2002, compounding the impact of the region’s worst drought in many decades, caused in part by climate change and warming temperatures.

Disputes over transboundary waters between Iran and Afghanistan date back to the 1870s, when Afghanistan was under British control.

In order to ensure the implementation of an integrated wetland management plan, the project supports the establishment of an action plan for adaptation to climate change which provides a detailed list of specific and priority actions. in agreement with beneficiaries and stakeholders. Then, the project team will work on the implementation of the action plan for the management of watersheds, improvement of water efficiency, management of wetlands, restoration and protection of the biodiversity with particular emphasis on the issue of adaptation to climate change.

The project encourages local communities to manage and restore the wetland, notably through the implementation of sustainable agricultural solutions in pilot farms. In this project, women will be encouraged to implement sustainable livelihoods. In addition, a number of tools will be identified and implemented to control the effects of sandstorms and reduce drought indicators.

These measures will be implemented through technical cooperation and with the participation of relevant stakeholders, using appropriate indicators and required assessments. In addition, activities are undertaken to create an environment for the private sector, entrepreneurs and cooperatives to implement and increase benefits, improve product quality and access new markets.
FB / MG