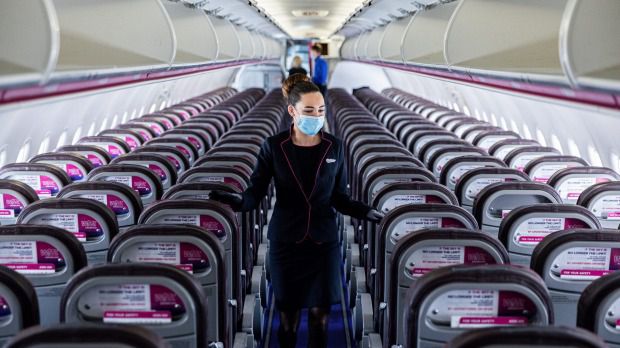 European environmental groups are howling in protest at reports that airlines will operate up to 100,000 empty legs over the next few months just to hold onto slots at major airports. For much of the past two years, the European Commission suspended the rule that airlines had to use at least 80% of their slot capacity to keep them. When travel restrictions were eased, the commission set the limit at 50% and it is expected to rise to 64% in March. However, thanks to the fallout from the Omicron wave, most carriers did not sell enough tickets to fill all the flights needed to meet slot quotas.

Lufthansa CEO Carsten Spohr recently estimated that his airline would need to operate 18,000 ‘extra and unnecessary’ flights to retain those coveted slots, while Brussels Airlines estimates that 3,000 so-called ‘ghost flights’ will feature in its schedule . Greenpeace counted them all and came up with the figure of 100,000 estimating that they will create 2.1 million tonnes of greenhouse gases. He called it “absurd and revolting”. Meanwhile, the group European Mobility For All has called out the EU for creating the situation. “The European Commission forcing airlines to fly empty planes to meet an arbitrary quota is not only polluting, but extremely hypocritical given their climate rhetoric,” the group said in a statement.