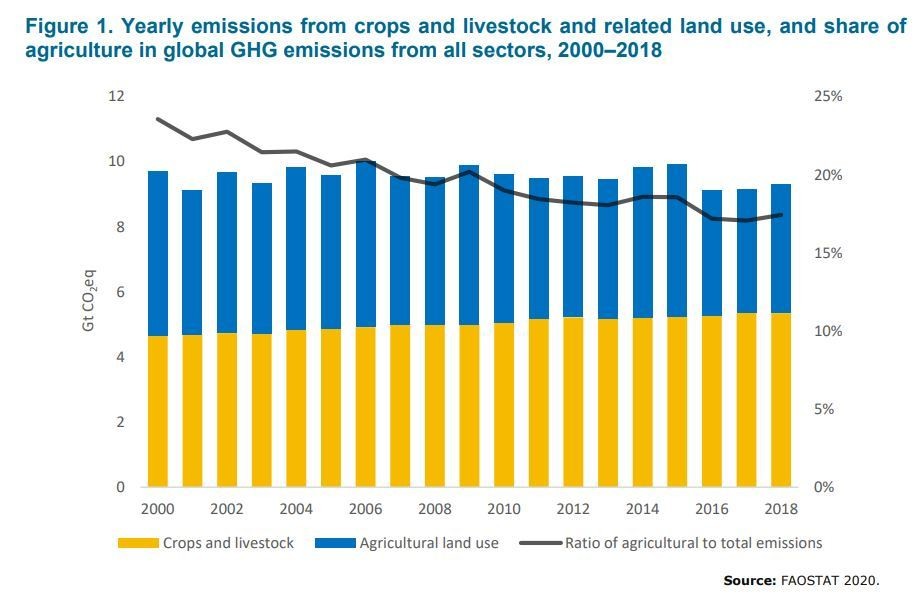 1. News in brief: Top articles on the environment and climate change to read this week

According to Fiji’s Defense Minister, Inia Seruiratu, climate change is the biggest security threat in the Asia-Pacific region. “On our blue continent of the Pacific, machine guns, fighter jets, gray ships and green battalions are not our main security concern,” he said during the Shangri-La Dialogue, the most high meeting on security in Asia. “The greatest threat to our very existence is climate change. It threatens our hopes and dreams of prosperity.”

Canada has launched a credit system for greenhouse gas offsets on June 8, a large part of its plan to reduce carbon emissions, starting with a set of rules stipulating how projects can generate tradable credits by capturing gas from landfills. The government said protocols for four other sectors, including agriculture and forest management, are underway. It will also begin developing protocols for carbon capture technology, which Canada’s highly polluting oil industry is betting on to reduce emissions, this summer.

The Japanese government said on June 7 that it would ask households and businesses to save as much electricity as possible during peak summer consumption season to mitigate a potential power crisis. The measure was set at a meeting of cabinet ministers as three regions, including Tokyo, are expected to see their excess generation capacity – the level below which supply shortages and blackouts are possible – fall. to almost 3% in July.

Investors managing $14 trillion have urged the United Nations to create a global plan to make the agricultural sector sustainable and reduce one of the biggest sources of climate-damaging emissions, a letter seen by Reuters showed.

European Parliament lawmakers voted on June 8 in favor of a effective EU ban on the sale of new petrol and diesel cars from 2035, rejecting attempts to weaken the proposal to accelerate Europe’s switch to electric vehicles. The vote confirms a key pillar of the European Union’s plans to reduce net global warming emissions by 55% by 2030, compared to 1990 levels – a target that requires faster reductions in emissions from industry, energy and transport.

Aerial surveys of methane plumes spouting from landfills, power plants and oil fields in California have led to reduction in the leakage of the powerful greenhouse gasthe state air regulator and a nonprofit group said June 8.

The fight against climate change is also a fight for girls’ right to educationmillions of whom lose access to schools due to climate-related events, Nobel Peace Prize laureate Malala Yousafzai told Reuters on June 10.

Yousafzai was speaking outside Sweden’s parliament where she joined environmental activists Greta Thunberg and Vanessa Nakate in one of the Friday climate protests that have taken place there weekly since 2018 and sparked a global movement.

In 2012, the now 24-year-old survived being shot in the head by a Pakistani Taliban gunman after being targeted for her campaign against Taliban efforts to deprive women of education. She went on to become the youngest recipient of the Nobel Peace Prize for her advocacy for education.

Climate change is an urgent threat requiring decisive action. Communities around the world are already experiencing heightened climate impacts, from droughts to floods to rising seas. The World Economic Forum’s Global Risks Report continues to rank these environmental threats high on the list.

To limit the global temperature increase to well below 2°C and as close as possible to 1.5°C above pre-industrial levels, it is essential that businesses, policymakers and civil society advance short-term and long-term global climate actions in line with the goals of the Paris Agreement on climate change.

This includes the Alliance of CEO Climate Leaders, a global network of business leaders from various industries developing cost-effective solutions for the transition to a low-carbon, climate-resilient economy. CEOs use their position and influence with policymakers and corporate partners to accelerate the transition and realize the economic benefits of a more secure climate.

Due to climate-related events, millions of girls are losing their access to school. Events like droughts and floods have a direct impact on schools, displacement is caused due to some of these events,” Yousafzai said in an interview.

“Because of this, girls are the most affected: they are the first to drop out of school and the last to return.”

During the protest, Yousafzai recounted how his own education was cut short by climate change when his school and many others in the locality were flooded.

Yousafzai, Nakate and Thunberg all highlighted how women, especially those in developing countries, have been disproportionately affected by the climate crisis and can be part of the solution if empowered through education.

New Zealand published on June 8 a draft plan to put a price on agricultural emissions in an effort to tackle one of the nation’s biggest sources of greenhouse gases, the belching of sheep and cattle.

New Zealand, with a population of 5 million, has around 10 million cattle and 26 million sheep.

Nearly half of its total greenhouse gas emissions come from agriculture, mostly methane, but agricultural emissions have already been exempted from the country’s emissions trading scheme, prompting criticism. criticism of the government’s commitment to stopping global warming.

According to the draft plan, drawn up by representatives of the government and the farming community, farmers will have to pay for their gas emissions from 2025. Short-lived and long-lived agricultural gas will be priced separately, although only one measurement to calculate their volume will be used. .

“There is no doubt that we need to reduce the amount of methane we put into the atmosphere, and an effective emissions pricing system for agriculture will play a key role in how we achieve this,” said the Climate Change Minister James Shaw.