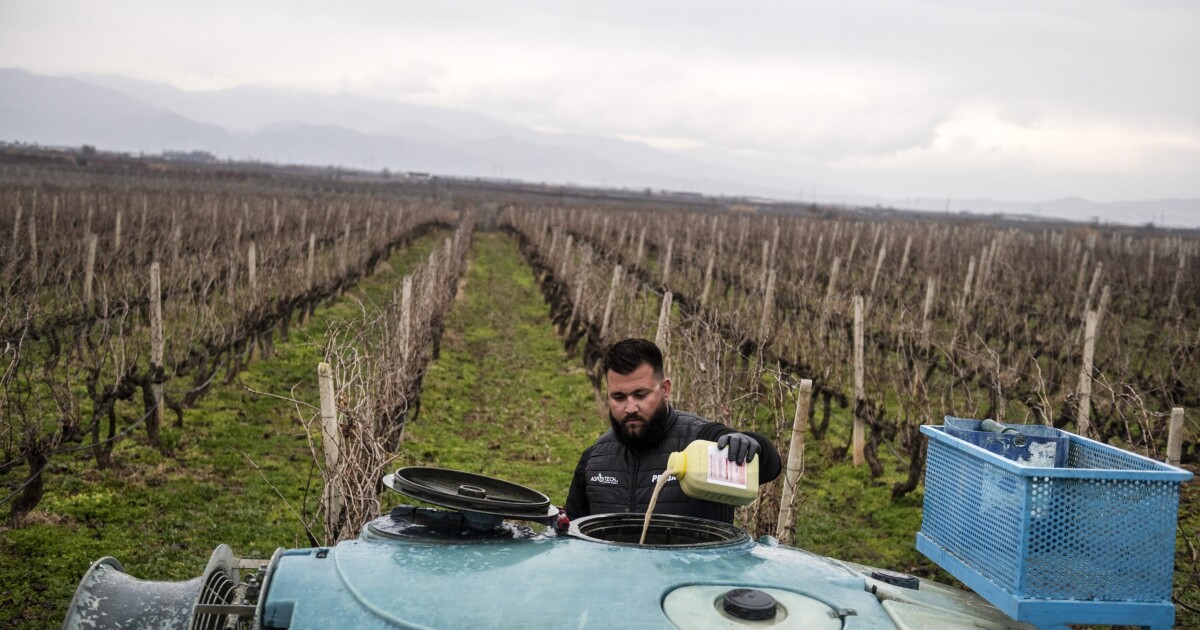 Contamination of fruit and vegetables produced in the European Union by the most toxic pesticides has increased significantly over the past decade, according to a study published on Tuesday.

The Pesticide Action Network Europe study says European citizens have been exposed to a “dramatic increase” in the frequency and intensity of pesticide residues.

The EU has strict rules regarding pesticides, and the amounts of residues found in food must be as low as possible and safe for consumers. As part of its goal of zeroing greenhouse gas emissions by mid-century, the 27-nation bloc wants to halve pesticide use by 2030.

Contrary to EU executive data showing a 12% reduction in the most dangerous pesticides in 2019 compared to 2015-2017, the report, titled ‘Forbidden Fruit’, says their use actually increased 8.8%.

A European Commission official disputed the report’s conclusions, saying that since testing methods have improved, many of the substances reported as most frequently found were not detectable in 2011.

“This may lead to an apparent increase in the total number of discoveries which, however, does not reflect an increase in the actual amount of pesticide residues in food, nor an increase in overall pesticide use,” the official said. The person was not authorized to speak on behalf of the commission in practice.

The most dangerous pesticides belong to the group of “candidates for substitution” which the commission has flagged to member countries as problematic and which it says should be replaced by less toxic substances. Some of them have been linked to the risk of developing cancers, heart problems and other serious illnesses.

“Use of Europe’s most dangerous pesticides is actually on the rise, not down. Laws are ignored and consumers are exposed to a rising tide of chemical exposure,” researchers said.

“Oftentimes, foods have multiple residues of two or more of these toxic substances at the same time,” said Salomé Roynel, head of the Pesticide Action Network. “This clearly demonstrates that substitution rules have never been implemented by Member States and that they have failed in their responsibility to protect consumers.”

According to research, half of the pears produced in Europe were contaminated with no less than five of these substances, and this figure reached 87% for pears grown in Belgium.

The group said member countries should immediately ban the 12 most toxic candidates for substitution and called on the European Commission to ensure the substitution guidelines are independently reviewed by the end of the year.

Global LNG markets brace for unknowns ahead of winter