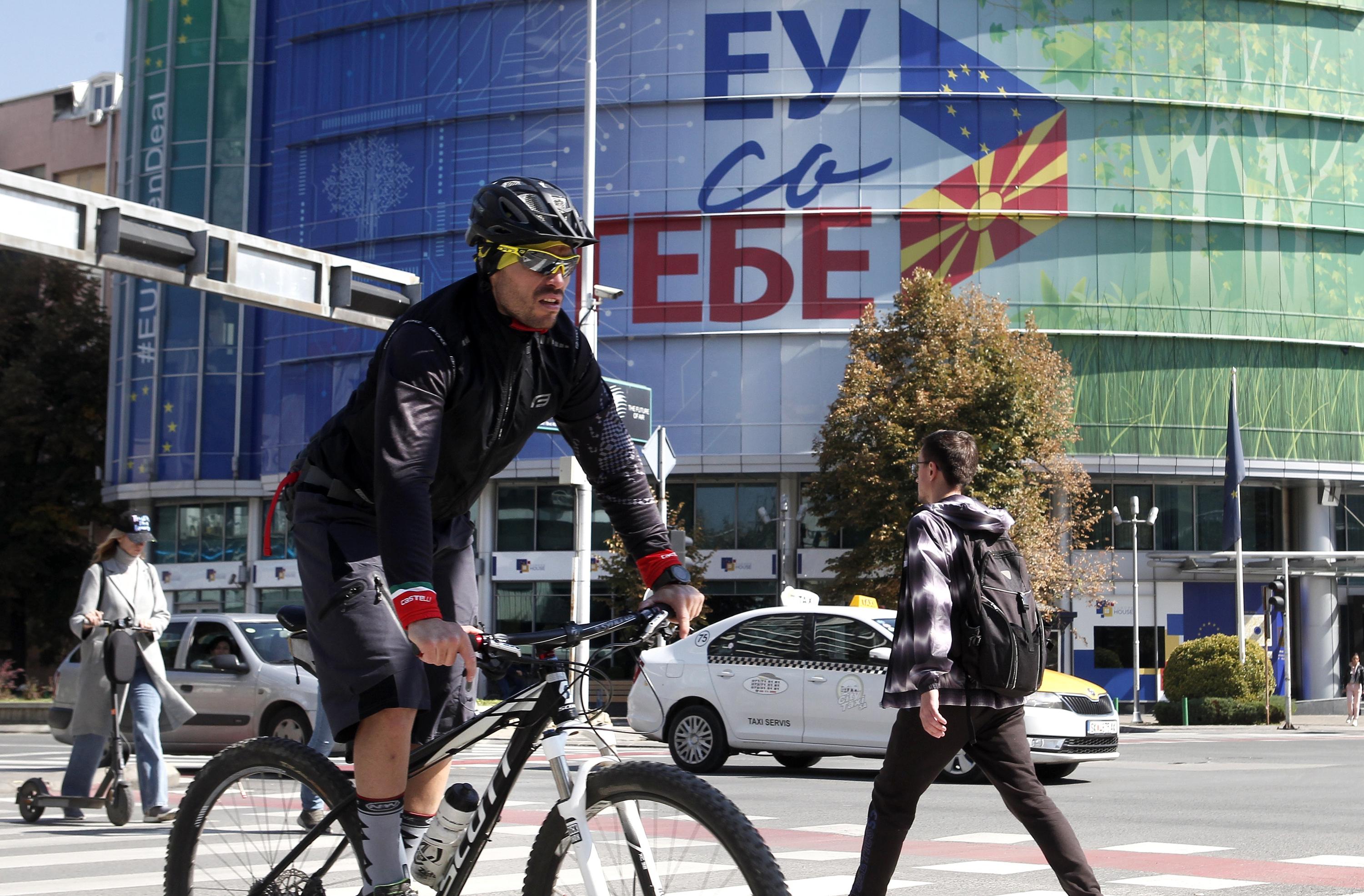 Doubt persists in Balkans after years of broken EU promises

BRUSSELS (AP) – Twenty years ago, the former Yugoslav Republic of Macedonia narrowly avoided a civil war and NATO was collecting weapons held by ethnic Albanian rebels as part of a deal backed by the international community aimed at consolidating peace.

The small Balkan country was in the midst of economic and social turmoil and was making international headlines. Avoiding another conflict in the unstable Balkans was a strategic priority for the European Union and the United States, and then EU foreign policy chief Javier Solana told Macedonians that “the EU will always support you and try to help you, because we want you to have a European perspective.

Then the Twin Towers collapsed, and with them much of the world’s interest in Macedonia. It was the start of a series of setbacks, and while North Macedonia – as the country is now known – joined the very NATO military alliance whose troops it reluctantly allowed in its territory, membership of the European Union has proved more difficult to break. .

The prospect of EU membership is a major driver of democratic and economic reform in the Balkans. It brought jobs and relative wealth to a poor region. But 16 years after becoming an official candidate for membership, it’s still unclear when North Macedonia and its 2 million people will be allowed to start membership talks, let alone join the club of the rich. Europeans.

EU leaders are meeting in Slovenia on Wednesday to consider the fate of North Macedonia and its fellow candidate Albania. But hopes for rapid progress are low, and it is still unclear how the country will react to further disappointment.

In 2011, a dispute with Greece over Macedonia’s name blocked progress in both NATO and the EU. This led Prime Minister Nikola Gruevski to launch a nationalist campaign which even surprised many citizens.

A 22-meter (72-foot) tall bronze statue of Alexander the Great was erected in the heart of Skopje, in what was seen as a major challenge to neighboring Greece’s claim to the ancient hero. Gruevski has also pinned old names to the country’s airports, highways and football stadiums.

In the EU, whose common foreign and security policy developed from its failure to prevent bloody wars in Bosnia in the early 1990s and its commitment to ensuring that nothing like this happens in Europe, fear is growing that Macedonia will be lost to extreme nationalism. .

Ultimately, however, a wiretapping scandal brought down Gruevski, and the country appeared to be back on track. But two years ago, when Skopje already had the green light from Brussels to continue, French President Emmanuel Macron’s insistence that the EU enlargement process be revamped before more countries could join. again delayed things.

“Europe has not kept its promises. A huge injustice has been done to us, ”said Zaev. “I am disappointed and outraged.

Eventually, Zaev was re-elected and the membership application continued. But that was not the end of the story.

No sooner had the name dispute with Greece been resolved when the Bulgarian government suddenly insisted that North Macedonia recognize that its language has Bulgarian roots and eliminate what it claims to be anti-Bulgarian rhetoric.

No sign emerged before Wednesday’s summit that this stalemate could be lifted, and the situation affects both North Macedonia and Albania. Questions remain about the future of the two European candidates and the impact that a new rejection could have.

A draft summit declaration consulted by the Associated Press indicates that “the EU reconfirms its commitment to the enlargement process”. The leaders promise to “further intensify our joint engagement” with the Balkans. Membership, however, is based on the “bloc’s ability to bring in new members”.

The draft could change, but so far it does not contain any specific reference to North Macedonia or Albania.

During a visit to Skopje last week, European Commission President Ursula von der Leyen pleaded with North Macedonia to be even more patient, saying she supported its quest for membership of the ” bottom of my heart “.

“I ask you not to lose your faith. We have come so far, you have come such a long way, you have made so much progress, ”she said. “Now let’s go the extra mile, it will really pay off. “

However, it is the 27 member countries that must decide unanimously who joins, and not the executive branch of the EU. Zaev tried on Monday to temper expectations, saying the meeting was not meant to launch negotiations but was rather for EU leaders to send a “clear message” that they would “be” focused on integration as much as possible. of the Western Balkans into the European Union “.

Even in the midst of conflict, it somehow seemed simpler 20 years ago.