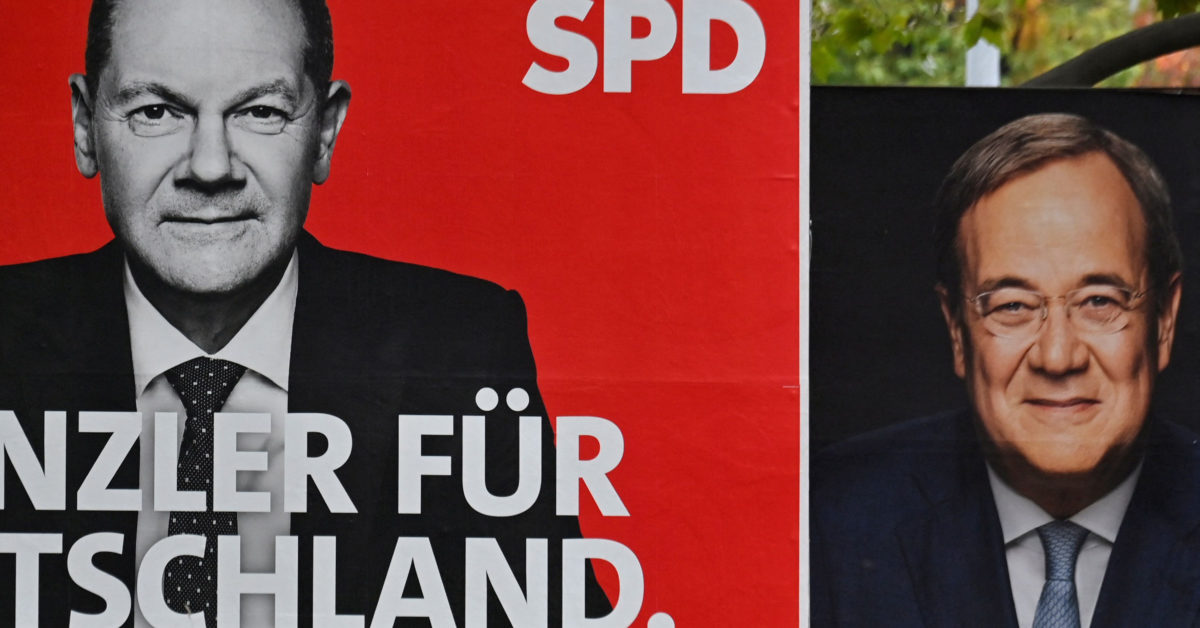 Paul Taylor, a collaborating editor at POLITICS, writes the column “Europe At Large”.

We don’t know who you are yet. But Germany’s partners have a message for you: don’t sacrifice Europe to get a coalition.

After the most fragmented election in post-war history, you and your most prominent rival have both claimed tenure to govern. What will come next will be weeks and possibly months of wrangling over coalition formation, followed by what will likely be the first tripartite federal government.

It will not be an easy time. The pressure on you will be high, and there will be the temptation to focus solely on domestic concerns, with Germany’s role in the European Union being at best an afterthought, and a bargaining chip at worst.

It would be a terrible mistake. For you. For Germany. And for the EU. Winning an election may be a matter of domestic politics, but in Berlin in particular, governing is a matter of Europe.

As it faces a series of pressing challenges – geopolitical upheaval, economic uncertainty, the lingering threat of COVID-19 and the looming specter of climate change – Europe will need a strong and proactive Germany. And this electoral result is already worrying.

The risk is that EU policy – barely mentioned during the campaign – becomes something to be traded off to win over the fiscally hawkish Liberal Democratic Party.

FDP leader Christian Lindner will seek to prevent any movement towards a fiscal union. He opposes the issuance of common European debt and demanded a swift return to strict EU budgetary discipline rules and Germany’s balanced budget obligation. He is against tax increases and increased government borrowing.

He also wants the crucial post of finance minister – a role in which he would lead the shootings in the eurozone and likely take a hard line rejecting any shared responsibility for the debt of other EU countries or to save their banks.

Having obtained over 11% of the vote, the FDP is in a pivotal position in determining whether you or your rival will lead the next government. In both cases, the pro-European Green Greens, with around 15 percent, would be the other junior partner.

Getting them both into the same coalition will be your first test as a leader – and it won’t be easy. Your awkward bed mates will want to nail every period and semicolon of a government agenda into a formal “coalition contract.”

The latest of those documents – which brought a grand coalition of Tories and Social Democrats to power in 2017 – promised a ‘new start for Europe’, following the UK’s vote in favor of leaving and the EU migration crisis.

What he couldn’t do was predict the real leap forward into closer integration – which only happened years later, with the collective response to the coronavirus crisis. After a chaotic start to the beggarly pandemic, EU countries have come together to create a common recovery fund, financed – for the first time – by collective borrowing and have agreed to pool the purchases of vital vaccines .

Both of these landmark decisions ran counter to deep-rooted German instincts to avoid a â€œtransfer union,â€ in which rich and frugal northern countries subsidize poorer and more indebted southern countries. And yet, luckily, in an emergency, your best angels won out.

Thanks to the courage of your predecessor Angela Merkel, everyone is a winner: the European economy is rebounding faster than optimists dared to predict, even before most of the NextGenerationEU money has been spent. Southern countries’ borrowing costs have remained low as the joint issuance of debt has boosted market confidence and Germany’s European export markets are buying again.

But under your leadership, Europe will face a new challenge: to make permanent these one-off and temporary advances, to give EU countries the capacity to make vital public investments in the green and digital transition.

It will be difficult to sell in Germany, but it has to be done.

During the campaign, you and your main opponent remained committed to the comfort blanket of fiscal orthodoxy, vowing to return to Germany’s constitutional “debt brake”, which severely limits public borrowing, from the very end. of the pandemic. While this may have seemed like a political necessity to reassure nervous voters, it is economic nonsense.

Europe and Germany both need massive investments to drive the industrial and energy transformations necessary for carbon neutrality. This can only be done by raising public capital – both at national and European level – by circumventing or changing the EU’s strict debt and deficit rules.

Fortunately, there are formulas for issuing debt for public investment without having to rewrite your constitution or break European regulations. You should offer off-budget funds at EU level to build green energy networks and high-speed digital networks.

In geopolitics too, your European partners will want you to take more responsibility for collective action. This will include pushing back more firmly on Russia’s assertion in Eastern Europe, tempering your lucrative trade ties with China with greater vigilance towards European human rights and security interests, and step up NATO and European defense efforts.

Regardless of what they say, few Europeans expect you to return to the now completed Nord Stream 2 pipeline connecting Russia to Germany, although many believe it was a geopolitical error to do so. to build. But when this pipeline is commissioned, you will have a duty to deliver on Merkel’s promises that Ukraine will remain an energy transit route – imposing additional sanctions on Moscow if necessary – and that Berlin will invest in the development of the world. hydrogen in Ukraine.

It is also high time for Germany to step up its support for democracy, the rule of law and the fight against corruption in Hungary, Poland, Bulgaria and Romania. Berlin’s reluctance, for historical reasons, to harden up with its eastern neighbors has encouraged them to challenge EU standards with increasing daring.

As the former Polish Foreign Minister RadosÅ‚aw Sikorski said ten years ago: â€œI fear the German power less than I begin to fear its inactivity.

In fact, I fear a toxic combination of the two: that your heavy, wobbly coalition will use German power to impose solutions of the lowest common denominator rather than take responsibility for helping build a stronger and more cohesive Europe.