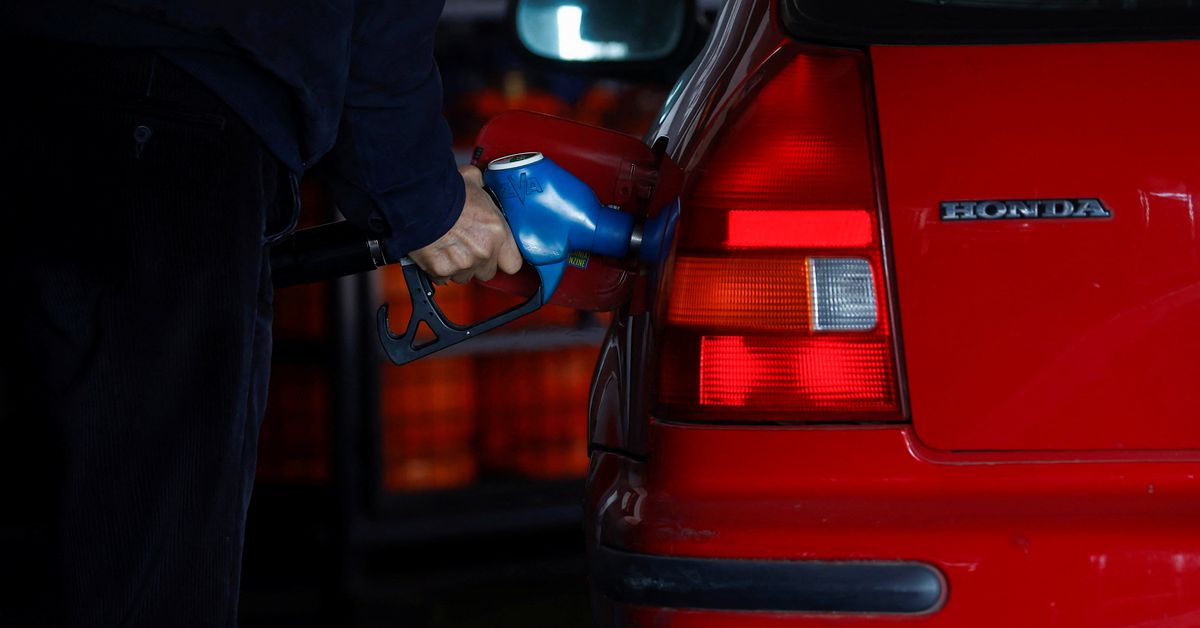 NEW YORK/LONDON, Aug 23 (Reuters) – The dollar weakened and Treasury yields eased on Tuesday as data showing a slump in sales of new single-family homes in the United States in July opened the door to a less hawkish outlook from the Federal Reserve at its Jackson Hole symposium on Friday.

Gold snapped a six-game losing streak while Wall Street was little changed on hopes the Fed will turn dovish after data also showed U.S. private sector business activity contracted for a second consecutive month in August to reach its lowest level in 18 months.

“The data points to a major contraction, showing that the economy has weakened rapidly, opening the door to the idea that the Fed may not be as aggressive,” said Edward Moya, principal analyst at OANDA.

The U.S. economy appears headed for another energy price shock this winter, with natural gas prices at their highest level since 2008, said Bill Adams, chief economist at Comerica Bank in Dallas.

With demand cooling, another big negative shock looks likely and a recession is also more likely than not by mid-2023, if not already underway, Adams said.

The dollar index fell 0.633% while the euro rose 0.46% to $0.9987. US Treasury yields slipped from multi-week highs after data showed signs of a slowing economy.

Earlier, the euro fell to new two-decade lows after data showed eurozone business activity contracted for a second straight month in August as war in Ukraine was expected to ensure that the outlook for the European economy remains bleak.

While the S&P Flash Composite Purchasing Managers’ Index (PMI) of business activity in Europe was not as bad as expected, analysts said darker news for the economy is likely given how gas prices reached record highs before winter. Read more

The MSCI World Stock Index (.MIWD00000PUS) fell 0.08%, while the STOXX Index (.STOXX) of European company stocks lost 0.4%, after falling for nearly a week. The benchmark is about 11% off its January 4 high.

Benchmark gas prices in the European Union jumped 13% overnight to a record high, having doubled in just one month to be 14 times higher than the average for the past decade.

Europe has braced for another disruption of energy supplies from Russia. Read more

“I don’t see the end of the war in Ukraine anytime soon, that would be the catalyst for a market rally. It will keep pressure on energy prices and like the euro, the only way is down,” said Michael Hewson, head of markets at CMC Markets.

Stocks had started to rally on bets that the US Federal Reserve would step away from its rate hike path next year.

Markets have reversed bets on the Fed raising rates by 75 basis points next month, with a 50 basis point probability in September now at 55.5% and the biggest upside at 44.5%.

The pound hit a two-and-a-half-year low against the dollar after Britain’s PMI showed a slowdown in business activity in line with expectations. Read more

Asian stocks fell for a seventh straight session on Tuesday after a fresh spike in energy prices in Europe fueled recession fears and pushed bond yields higher, while sending the euro to its highest. low level in 20 years.

Unease about China’s economy continued to seep in as a cut in lending rates and talk of a new round of official loans to property developers underscored tensions in the sector.

The Nikkei (.N225) lost 1.2% after a PMI survey showed factory activity in Japan slowed to a 19-month low in August. Read more