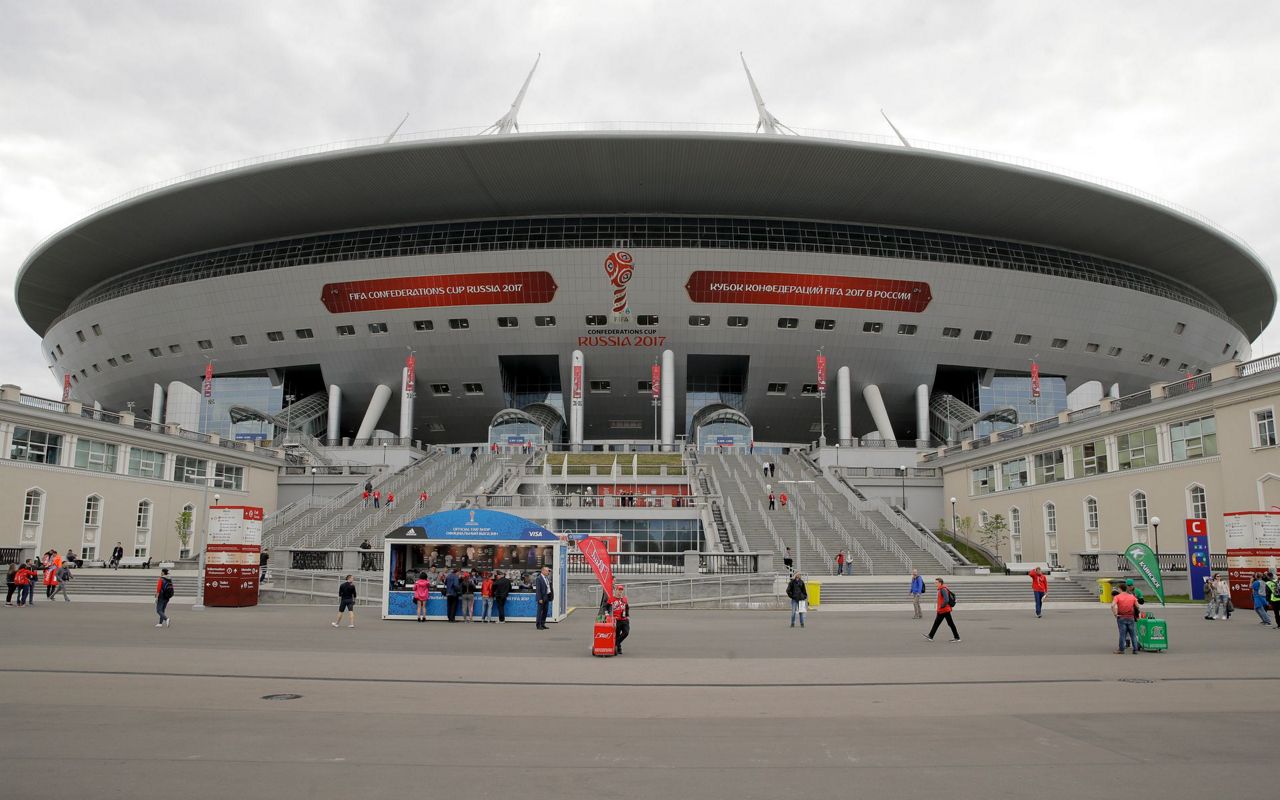 Czechs join Poland and Sweden in refusing to play against Russia

LONDON (AP) — FIFA has drawn a swift response from European nations for not immediately expelling Russia from World Cup qualifying on Sunday and only ordering the country to play without its flag and anthem at neutral venues under the name of his federation – the Football Union of Russia.

Protesting FIFA’s response to Russia’s invasion of Ukraine, Poland said they would still refuse to face the country in a semi-final World Cup qualifier, scheduled for March 24.

“Today’s decision by FIFA is totally unacceptable,” tweeted Polish Football Association president Cezary Kulesza. “We are not interested in participating in this game of appearances. Our position remains intact: the Polish national team will NOT play with Russia, regardless of the name of the team. »

The unanimous decision of the FIFA Bureau, comprising the six presidents of the regional football confederations, declared that the Russian flag and anthem cannot be associated with the team playing as “Football Union of Russia (RFU) “.

“FIFA will continue its ongoing dialogue with the IOC, UEFA and other sports organizations to determine any additional measures or sanctions,” FIFA said in a statement, “including a potential exclusion from competitions, which will be applied in the near future if the situation does not improve soon.

The decision adopts the decision of the Court of Arbitration for Sport before the invasion of Ukraine, punishing Russia’s cover-up of the state-sponsored doping investigation. This meant that the Russians had to participate in the last two Olympics as a ROC team. FIFA had blocked the implementation of Russia’s ban on competing under the country’s name until potential World Cup qualification.

The winner of the Russia-Poland qualifiers are due to host Sweden or the Czech Republic on March 29 to decide who will qualify for November-December 21. 18 World Cup in Qatar.

Swedish FA president Karl-Erik Nilsson, senior vice-president of UEFA, told the Fotbollskanalen website he was unhappy with FIFA’s decision with a “clearer stance” expected. The Czechs say FIFA’s compromise did not change their decision not to play against Russia.

FIFA said it was engaged with all three associations and would remain in “close contact to seek together to find appropriate and acceptable solutions”.

Separately, the English Football Association announced that its national teams would refuse to play against Russia for the “foreseeable future”. Russia have qualified for the European Women’s Championship to be hosted by England in June.

The English FA said the decision was taken “in solidarity with Ukraine and to unreservedly condemn the atrocities committed by the Russian leadership”.

The RFU’s president is Aleksandr Dyukov, who is chief executive of a subsidiary of state-owned energy giant Gazprom and also sits on the UEFA executive committee.

In France, the president of the football federation Noël Le Graët told the daily Le Parisien on Sunday that he was leaning towards the exclusion of Russia from the World Cup.

“The world of sport, and especially football, cannot remain neutral,” said Le Graët, who sits on the ruling FIFA Council and has recently been a close ally of governing body chairman Gianni Infantino. .

A strict reading of the FIFA World Cup regulations would make even the Polish, Swedish and Czech federations subject to disciplinary sanctions and having to pay fines and compensation if they do not play against Russia.

In 1992, however, FIFA and UEFA withdrew Yugoslavia from their competitions following United Nations sanctions imposed when war broke out in the Balkans.

On Friday, UEFA withdrew the 2022 Champions League final from Saint Petersburg, moving it to Paris, and said Russian and Ukrainian teams in its competitions must play home matches in neutral countries. UEFA have cleared Spartak Moscow to continue playing in the second division Europa League Round of 16.

The Russian president is an avid judoka and competed in the sport at the 2012 London Olympics.

There was an abrupt resignation on Sunday of the Russian who is president of the European Judo Union, with Sergey Soloveychik referring to the “sorrow we see people dying in brotherly countries” but supporting his country.

“No one doubts that my heart belongs to judo,” he said. “But it is also true that he belongs to my homeland, Russia. We judokas must always be faithful to our principles.

AP Sports Writer Graham Dunbar in Geneva and Karel Janicek in Prague contributed to this report.

Copyright 2022 The Associated Press. All rights reserved. This material may not be published, broadcast, rewritten or redistributed without permission.

The European Union has closed the skies to Russia