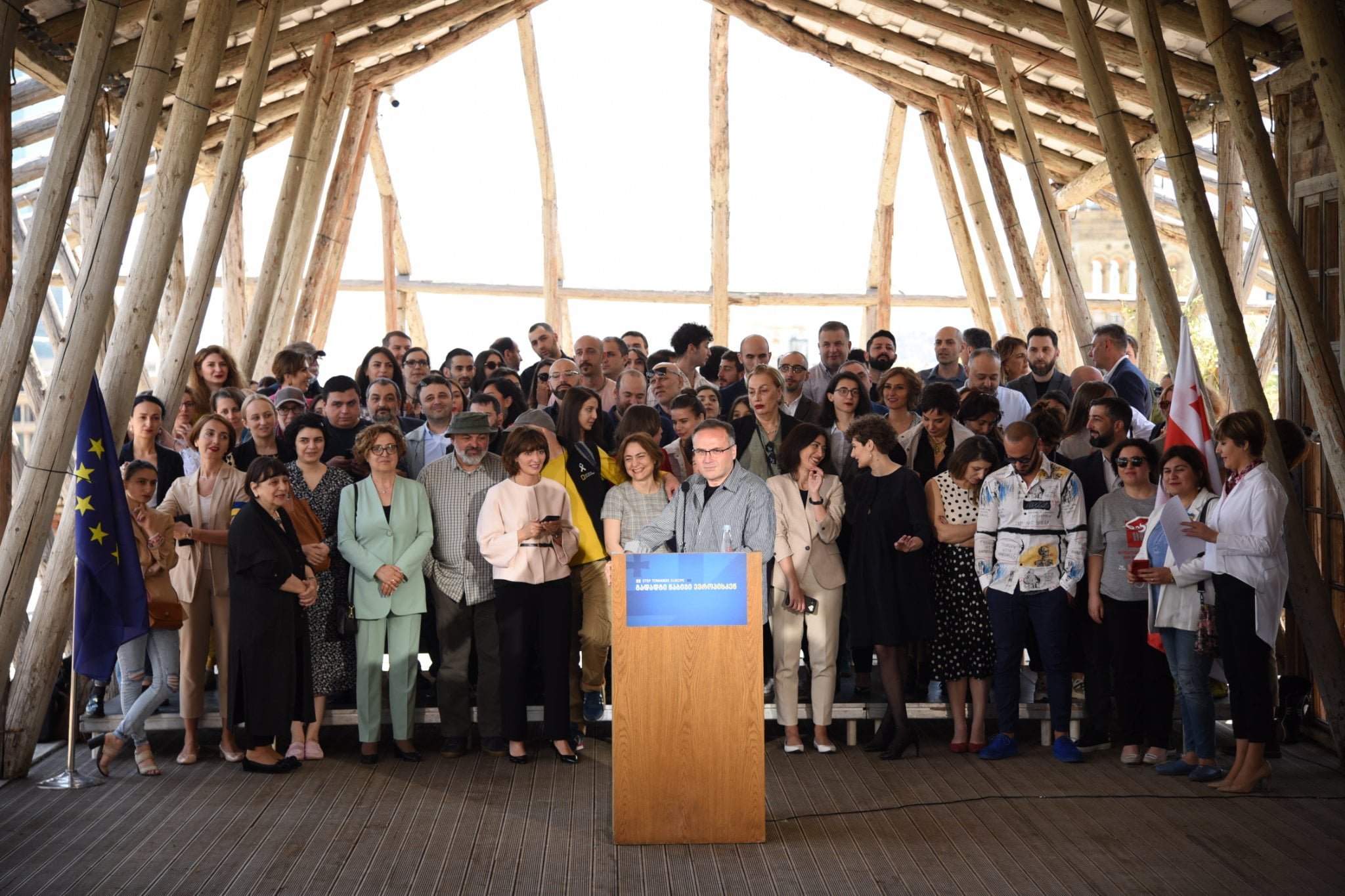 At the launch ceremony on May 27 in Tbilisi, the Georgian capital, participants in the initiative also presented a nine-point manifesto outlining Georgia’s future “European path”.

See below the official translation of the document, with minor corrections for editorial style:

“For our country, this is a defining moment in history. In a few weeks, we will all see what the future holds for us and our children. The time has come for all living generations of this country to make a big decision. As frustrated and exhausted as we all are, each of us must decide – whether we choose Georgia, its people, its ancient culture, its tireless pursuit of development to gain new momentum, and whether our journey as a that people and nation will endure.

Over the centuries, time and time again, one generation – one in a few – has been destined to stand the test of history, to stand against all odds and reclaim the country and its future. And as long as, in an unbroken chain of succession, over and over again, people dare to choose a dignified life over a pitiful end, hope over despair, and freedom over obedient serfdom, the journey will last and the people and their country will not perish. .

Many chosen generations before us have made their choice, so that we inherit this country to protect, cherish and nurture to see it prosper and prosper. Now, it happens to be our privilege to bear this great responsibility that none of us can give up or avoid. If the future is to perpetuate the glorious past of this ancient land of free people; and dignity and freedom are the path of Georgians who make us who we are and we cannot settle for less – our choice and our destiny is the European future of our country.

At this important moment, our choice is firm and clear, we choose the European path – because we claim the future in which:

Therefore, today, we – the people of Georgia stand firm in our common belief – our future is in the European Union and with the free world which keeps its promise of security, peace and dignity for every citizen. With this choice, we honor the struggle and sacrifice of many generations of Georgians who fought for freedom, statehood and a better future.

As this is a moment of truth for Georgia, future generations will judge us on what we did – what you did – when the fate of the country was decided.

A free country has always been deserved but never granted, and it has been the fate and privilege of those who, despite differences and disagreements, all agreed that it was their irrevocable birthright and that they would not be content never less.

This position is also available in:
ქართული (Georgian)

How Vietnam’s economy is benefiting from China’s pandemic policy