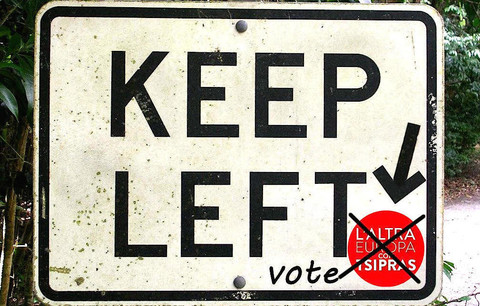 In these times of unprecedented social and economic challenges, the EU must self-critically rethink decades of bad decisions.

The impact of the Covid-19 pandemic and its social, economic and human consequences demonstrated the failure of the neoliberal political model. The left is fighting to change the current reality, which only serves to widen the gap between countries and exacerbate inequalities.

The idea that market liberalizations are the answer to the political and economic crisis is now exposed for what it is: an illusion.

Minor changes in European policy will not be enough to pave the way for a “social Europe” capable of tackling inequalities of all kinds, which have increased over the past decade in EU countries and between them.

To overcome the effects of the Covid-19 pandemic, national governments and the European Commission have been forced to temporarily withdraw new austerity measures from their program.

Nevertheless, the effects of the mismanagement of the Covid-19 crisis are clear: high unemployment, unaffordable prices, low wages, and the extensive “precariousness” of working and living conditions.

The failures of the current integration process are also evident, leading to a growing disengagement of the public from the European idea. Democracies are threatened by the massive use of state of emergency rhetoric, a pretext for the dismantling of democratic and social rights in several European countries.

What we need in Europe is to broaden bottom-up participation in political processes, revitalizing the link with citizens, social movements, trade unions and NGOs. In other words, ensuring that citizens’ voices are heard after decades of policies that were not made in their best interests.

A potentially valuable tool for the humble reassessment of current policy is the ongoing Conference on the Future of Europe (COFOE).

The conference represents a useful opportunity to open a debate with citizens on the institutional model of the EU, raising the notion of a citizen-centered economic strategy that breaks with the neoliberal framework and works to meet the needs of the people.

However, this is not the first time that a debate on the future of Europe has opened in two decades, and its potential impact should not be overestimated.

Any new vision of sustainable European development cannot be based on blind acceptance of the Maastricht and Lisbon Treaties.

New financial instruments should be put in place, in particular by promoting democratic control of the ECB, fairer taxation and concrete measures against tax evasion.

The growth and stability pact must be completely abolished and replaced by a new pact focused on economic cohesion and convergence, sustainable development and the strengthening of social rights.

The EU must guarantee access to decent, stable, safe and well-paid working conditions, as well as to public services. The European Pillar of Social Rights should be legally binding and social protection, salary and pension systems should be adapted to the highest standards we have in Europe.

Any attempt to exploit the current crisis to foster xenophobic or nationalist demagoguery must be firmly rejected by the progressive forces in the EU, but if we are to open a new path for the development of society, a change of course in politics economic is necessary and urgent.

The time has come to create a social, ecological, democratic and peaceful Europe which places people at the center of its concerns. A change in the EU’s economic governance regime will be crucial in setting a new course for the EU, and above all, for its citizens.