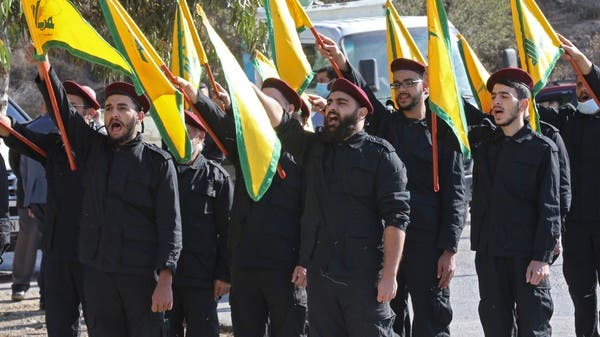 The US House of Representatives Foreign Affairs Committee (HFAC) has passed a measure calling on the European Union to designate Hezbollah as a terrorist group in its entirety.

Lawmakers on the committee also passed a separate resolution calling on the US government to dismantle the Assad regime’s narcotics networks, in particular the amphetamine-type stimulant Captagon.

The resolution, which will now be voted on by the House, applauds and expresses support for continued and increased cooperation between the United States and the EU to thwart Hezbollah’s criminal and terrorist activities.

It also calls on the EU to sanction terrorists affiliated with Hezbollah in collaboration with the United States. The resolution “urges the European Union to designate Hezbollah in its entirety as a terrorist organization and to increase pressure on the group”.

Pressure on the group reportedly includes better cross-border cooperation among European Union members in the fight against Hezbollah, issuing arrest warrants against members and active supporters of the group, freezing Hezbollah assets in Europe and the prohibition of fundraising activities to support it.

Washington has worked for years to isolate and pressure Iran-backed Hezbollah, but Europe, particularly France, has maintained a unified opposition.

The Elysée continues to differentiate between the so-called military and political wings of Hezbollah.

And in recent years, several countries in the Gulf, South and Central America, and Europe have designated Hezbollah in full.

The group, formed in 1982 by Iran to fight the Israelis in Lebanon, continues to expand its power across the region and its arsenal of ballistic missiles and weapons.

The United States designated Hezbollah as a terrorist group in 1997. Hezbollah’s Islamic Jihad Organization (IOJ) is responsible for one of the deadliest attacks against American troops on foreign soil and has carried out multiple attacks bombing US Marines, the US Embassy and the US Embassy in Lebanon. .

Most Captagon is produced in Syria and Lebanon and smuggled to its main consumer market in the Gulf.

The HFAC passed a measure requiring a US government strategy “to disrupt and dismantle Bashar al-Assad’s Captagon narcotics and trading networks in Syria.”

The ”Countering Assad’s Proliferation Trafficking And Garnering Of Narcotics Act” or ”CAPTAGON Act” would require the United States Secretaries of Defense, State, Treasury, Drug Enforcement Administration and Director of National Intelligence to ‘they devise a way to dismantle the production and trafficking of narcotics.

Congressman French Hill hailed the passage of the Captagon Act. “These drugs not only cripple local populations, they are also used to fuel hostilities and fund the Assad regime and Iranian-backed groups in the region,” Hill said in a statement. “The US government must do everything in its power to disrupt the industrial drug production that is currently taking place in Syria.

The senior HFAC Republican said the Captagon trade directly undermines US and international sanctions against the Assad regime. “The administration must develop and implement a plan to stop the production and trafficking of these drugs,” McCaul said.

Methods could include diplomatic and intelligence support by assisting and training law enforcement agencies in countries other than Syria, where Captagon is in transit.

If passed, the US government would be required to develop a way to leverage cooperation with international partners to disrupt the Assad regime’s narcotics infrastructure.

The resolution also calls for a strategy to mobilize a “public communication campaign to raise awareness of the extent of the link between the Assad regime and the illicit narcotics trade”.

Both measures passed in a broader “en bloc” vote that was unopposed by HFAC lawmakers.

Read more: Hezbollah leader swears ‘no one’ will extract oil from sea areas if Lebanon is banned