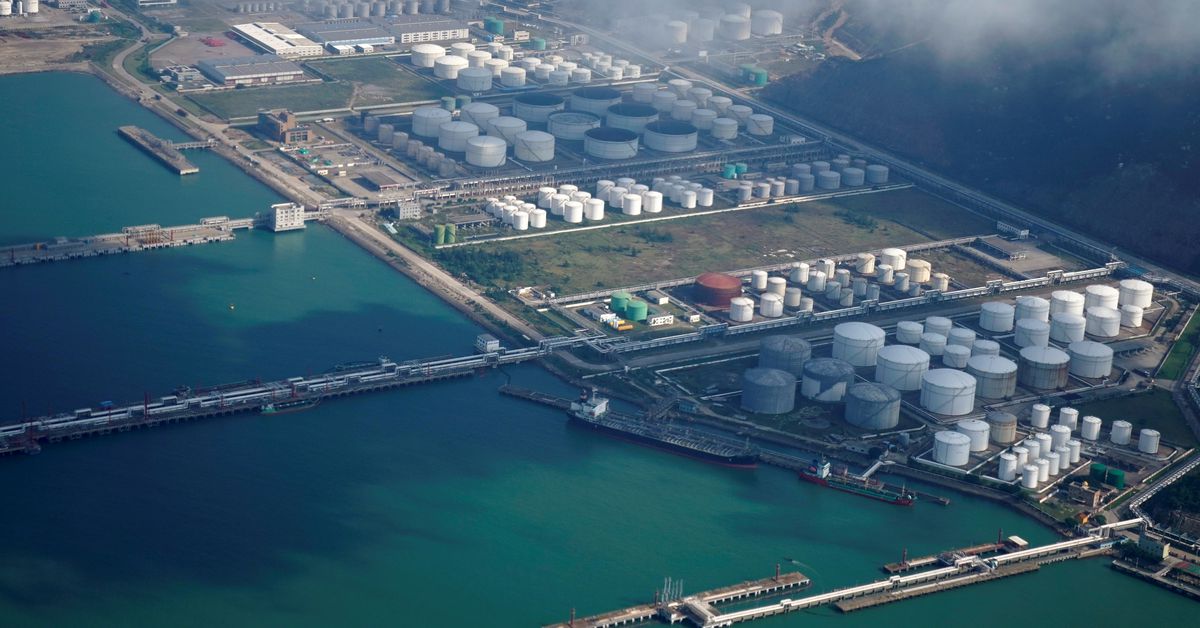 Oil and gas tanks are seen at an oil warehouse at a port in Zhuhai, China October 22, 2018. REUTERS/Aly Song/File Photo

LONDON, June 27 (Reuters) – Investors sold oil last week at the fastest pace since just after Russia invaded Ukraine as a deteriorating economic outlook outweighed fears over the impact of sanctions on oil supply.

Hedge funds and other money managers sold the equivalent of 71 million barrels in the six largest oil futures and options contracts in the week to June 21 (https://tmsnrt.rs/3u5Dc6W).

The rate of selling was the fastest since the week ending March 8, shortly after the invasion, based on position records from ICE Futures Europe and the US Commodity Futures Trading Commission.

Sales over the past two weeks totaled 82 million barrels, largely reversing purchases of 99 million over the previous four weeks, as traders’ attention shifted from sanctions to a deepening economic slowdown.

In the most recent week, selling was dominated by the liquidation of existing bullish long positions rather than the creation of new bearish short positions, and by crude oil rather than refined products.

Sales were concentrated in NYMEX and ICE WTI (-35 million barrels) and Brent (-30 million) with small sales of US diesel (-4 million) and US gasoline (-3 million) and insignificant purchases of European diesel (+1 million).

Policymakers in North America and Europe are still exploring ways to step up sanctions on Russian crude and diesel exports, which is supporting positions and oil prices.

But the potential impact is more than offset by signs that economies on both sides of the North Atlantic are beginning to weaken, which is likely to weaken consumption of crude and middle distillates.

John Kemp is a market analyst at Reuters. Opinions expressed are his own.

The opinions expressed are those of the author. They do not reflect the views of Reuters News, which is committed to integrity, independence and freedom from bias by principles of trust.