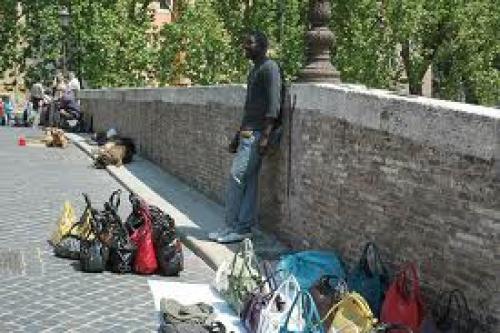 China, including Hong Kong, main source of counterfeits seized at the border China and Turkey remain the main countries of origin for counterfeit clothing, shoes, bags, watches and jewelery seized at the EU border. These goods are mainly ordered online and discovered in the context of postal shipments or on passengers entering the EU.

Similarly, China is the country of origin for most seized counterfeit electrical/electronic and computer equipment, mobile phones and accessories. When it comes to cell phones, the rating says,

…the visual appearance of counterfeit devices is very convincing, closely mimicking the external features of the original phones. However, some software functionality and features are usually missing, and the International Mobile Equipment Identity (IMEI) is often wrong. The use of cheap and substandard electrical components, found in fake batteries, earphones or chargers, poses safety risks.

“China and Turkey were among the most frequently reported non-EU source countries for counterfeit food and drink products seized at the EU’s external border. Similarly, counterfeit perfumes and cosmetics often come from China and Turkey.

In addition to off-the-shelf IPR-infringing goods, product components, such as aromatic compounds, fixers and solvents, are increasingly being seized. These components are used to create the final counterfeit products in the EU.

More worryingly, China and Turkey were the main countries of origin of counterfeit pharmaceuticals.

Toys round out the top 10 counterfeits, with China also being the main point of origin.

Executive office should ‘do more’ to prepare for arrival of Ukrainian refugees in Northern Ireland, says SDLP’s O’Toole