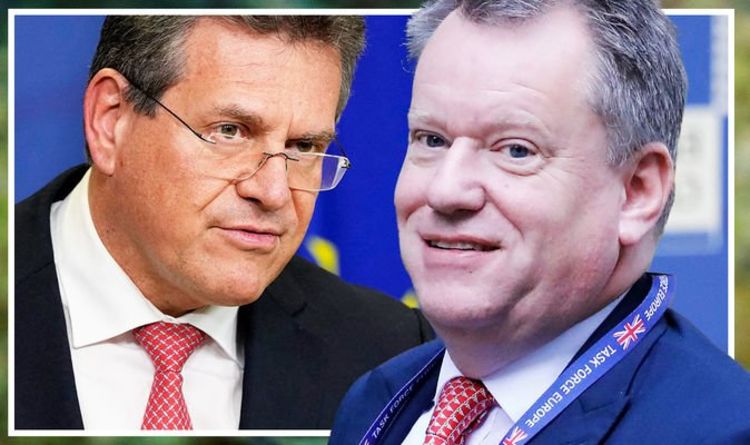 Sir Jeffrey Donaldson has made a threat to the Northern Ireland Protocol.

The DUP chief has warned that if Northern Ireland is not protected in the UK home market, the Stormont Assembly could be at risk.

Speaking on Friday, Sir Jeffrey said: “We are very clear, having already withdrawn our ministers from the North-South Ministerial Council, in the absence of decisive action by the government and soon we will take the necessary steps to bring this matter to the fore. I want Northern Ireland to be separated from the rest of the UK, this is wrong and needs to be addressed and the government needs to act, and if it doesn’t, I will.

“I tried to be patient, I gave time for these negotiations, but here we are months later and other than these drug proposals, we don’t have agreement on other key areas. . “

He added: “Lord Frost says rapid progress must now be made, but I am absolutely clear that in the absence of such progress the UK government must take decisive action to restore Northern Ireland’s place. within the UK domestic market.