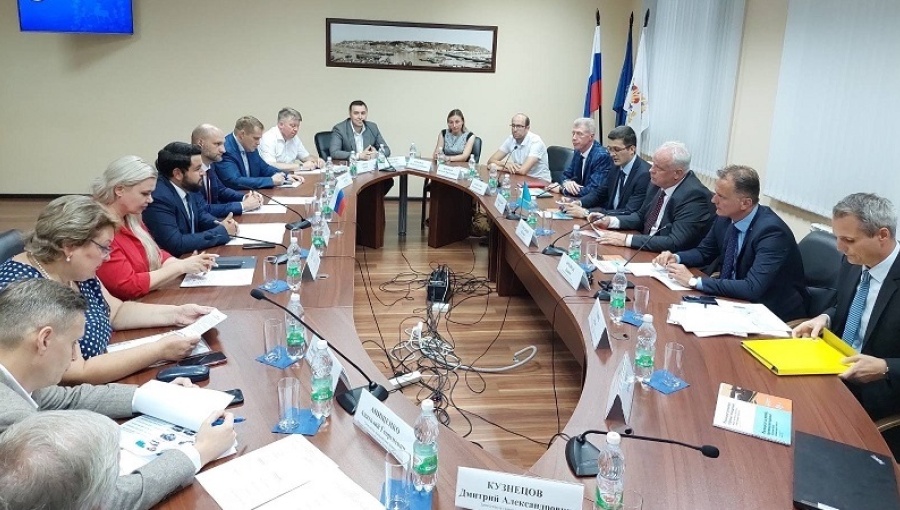 A visit by the Investment and Development Bank (IRB) delegation of Republika Srpska, one of the two entities of Bosnia and Herzegovina, to Russia was “very successful”, declared the acting director of the IRB, a 100% state-owned financial institution, Drazen Vrhovac.

Following the BRI delegation’s visit to Russia, Vrhovac said in an interview with Srna news agency that the cooperation could result in two-way trade worth $200 million, up from $17 million. $5 million now.

“What was particularly evident during our stay in Russia was the affection and respect for [Serb member of Bosnia’s tripartite presidency] Milorad Dodik, due to the non-introduction of sanctions against Russia, and his friendship with the President of Russia, Vladimir Putin,” Vrhovac said.

The delegation received a list of 734 types of raw materials that Russia needs right now, he revealed.

“There are many areas where we can cooperate, from wood processing, food to medicine. Now it’s all up to us and I think we will take the opportunity,” says Vrhovac.

“The importance of the visit will be seen in the coming period, and the arrival of Russian businessmen in Republika Srpska will be extremely significant. Russian businessmen are interested in cooperation with Republika Srpska, and that is why we are preparing their arrival in September at the second Invest Srpska 2022 investment conference, which will be held in Prijedor,” Vrhovac said.

Vrhovac is preparing for meetings with the President and Prime Minister of Republika Srpska, Zeljko Cvijanovic and Radovan Viskovic, as well as with Dodik.

The Republika Srpska delegation was joined by Bosnian Ambassador to Moscow Zeljko Samardzija.

Samardzija said in a statement to Radio Free Europe that he does not support any sanctions against Russia and that they can only be “the result of a foreign policy agreed at BiH level”.

In a commentary on the BRI delegation’s visit to Russia, the US Embassy’s public relations office in Bosnia told Radio Free Europe that Bosnia is part of the Euro-Atlantic community of country and that its political and economic future lies in the West.

Since the start of the invasion of Ukraine on February 24, Bosnia, through its mission in Brussels, has voted in favor of several sanctions packages introduced by the European Union (EU) against Russia , according Free Radio Europe.

The Bosnian tripartite presidency did not adopt a common position on the war in Ukraine, but its Bosnian and Croat members strongly condemned the Russian invasion and supported all EU decisions.

A publication by the European Council indicates that Bosnia has aligned itself with the EU by sanctioning several hundred Russian people and companies.

Among the restrictive measures is a ban on the import and export of coal, steel and other metals, as well as jet fuel to Russia. The sanctions also include several Russian banks and individuals close to Putin.

However, the sanctions were not implemented internally by the Bosnian government, due to opposition from Republika Srpska ministers.

The parliament of the Republika Srpska past a set of conclusions in June, one reaffirming a neutral position on what has been called “the Russian-Ukrainian conflict” and another on the rejection of sanctions against Russia.

EU writes to Greece for answers on spyware and wiretapping scandal