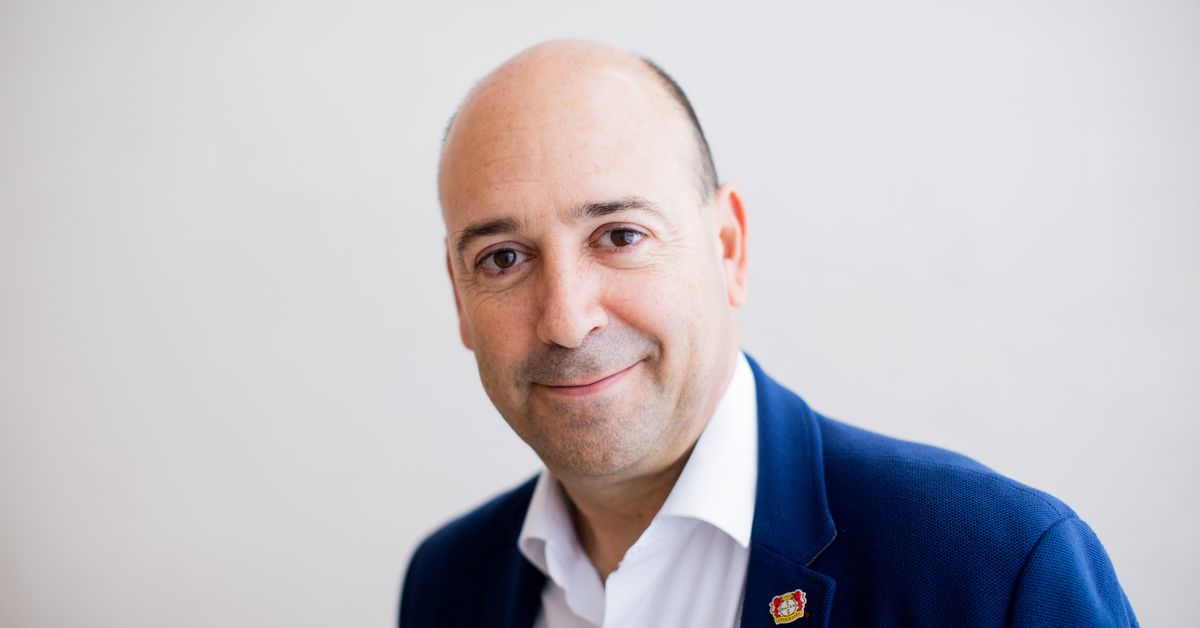 CEO of Bayer 04 Leverkusen Fernando Carro is a seasoned businessman with a passion for football. Originally from Barcelona, â€‹â€‹he took up his current role in 2018, after decades of experience in the German business world, including CEO of the Bertelsmann Arvato subsidiary. Since June 2021, Mr. Carro has also been an executive member of the European Association of Clubs.

Mr Carro kindly took the time to discuss several areas of the contemporary football world at a press event in Leverkusen ahead of their home game against Celtic FC on November 25 (an exciting 3-2 win for the hosts).

His answers to our questions are invaluable both for his business acumen and his point of view: Bayer Leverkusen are a leading German club that regularly play the Champions League, but also lives in a domestic league dominated by Bayern Munich and has recently seen its brightest stars depart for the giants of the very wealthy English Premier League.

Compete in the Bundesliga

BFW: Bayern Munich already look set to win their 10th consecutive league. They may earn it on the pitch, but much of their success hinges on a well-established economic advantage that seems to grow with each season. Bayer Leverkusen are almost always in contention for a Champions League spot, but is it enough?

Carro: “I think it’s not just a matter of economic differences: it’s basically a situation where Bayern can maintain the core of a team for many years because they don’t have the pressure to sell players to replenish their budgets. Therefore, they can have continuity within their team and any other club in Germanyâ€”Borussia Dortmund, Leipzig, Leverkusen â€” they need more of that extra money through transfers.

â€œIt is much more difficult for our clubs, because of the lower resources we have – and of course also the lack of titles and trophies – to keep the players on longer. And that means that we have a lot more movement with our teams and less stability to have the same group of players and the team to form over several years. To underline it in a positive way: we need to gain stability and resilience within our talented team much faster, in order to be as successful as possible.

BFW: Bayer Leverkusen were not among the Bundesliga clubs courted by the escaped clubs that founded the European Super League. What was your reaction to this attempt, both as CEO of Bayer Leverkusen and as a member of the ECA board? The fight is not over: can the majority of clubs remain relevant in the face of growing inequalities with the elite?

Carro: â€œLet me be clear. Those behind the Super League didn’t want to tackle the inequality issue. They actually wanted to increase that gap that you mention. So let’s separate the issues here between challenging teams with more money. and less money – that’s a topic – and the Super League problem.

“The subject of money is a complex subject for all football and it is one that UEFA, ECA [and] clubs will have to resolve. The Super League supporters have just tried to solve their individual problems. In the range of team budgets, they are still leading the way, but in terms of revenue, it is still not enough. They want – or need – even more. So that means the Super League would have made maybe three or four times as much money.

Recipes for the Bundesliga

BFW: There’s no easy way for the Bundesliga to close the gap with England and Spain on broadcast rights money. Is there a place where the Bundesliga needs to improve in terms of marketing?

Carro: “Let me first say that the Spanish league and the English league are doing a good job. In Germany, we are doing a very good job at the national level. I think we have the potential to improve internationally. I know we cannot be compared to the Premier League because of the immense world heritage, the most widely spoken language in the world, the number of stars in the League and the fact that Bayern Munich have been too dominant these last years. But I think even with some of these fundamental differences, we could do a better job and we can improve what we do. 200 or 300 million dollars for international television rights is not enough for a big brand like the Bundesliga.

BFW: How is Bayer Leverkusen so successful in finding and developing players? Barely has Kai Havertz left for the Premier League, but Florian Wirtz emerges as the next generation talent for Germany. How are Bayer Leverkusen doing ?! What does the club look for in the players it signs?

Carro: â€œI think from a club philosophy: we believe in young players, we trust young players, we give young players like our U19s places to train with the best team. It’s always a question of performance, but we open the doors and give them the opportunity. I think it’s quite unique and an approach that our sporting director Simon Rolfes defends and develops with focus and ambition.

â€œOf course it’s something that stands out and has been done very well by Bayer 04 Leverkusen over the past few years. We have a track record, the players trust us. They come here and they know that if they play well they will get playing time at the highest European level. It’s not just something we talk about, but we do it and make sure we put the philosophy into practice.

BFW: How do Bayer Leverkusen support their women’s team and women’s football in general? Do you see potential for growth?

Carro: â€œWe support them a lot from top to bottom and I see a lot of potential. We have Thomas Eichin, a very experienced sports executive who has supervised the men’s teams at Werder Bremen and 1860 Munich and is himself a former professional player. He is responsible for both the development and the management of the women’s team.

â€œI actually try to rate us on a larger scale than a few games. I’m aiming for sustainable development here and think we’ve built a fantastic base in recent years. Now more than ever, we are trying to keep the team together for the longer term and work to develop the infrastructure and resources we have for the women’s team.

BFW sincerely thanks Mr. Carro and Rob Penner of Bayer 04 Leverkusen for making this interview possible.