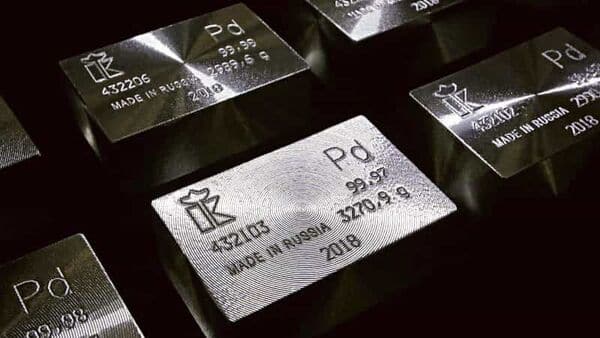 “Semiconductor supply was approaching almost 90% of the levels that OEMs (original equipment manufacturers) needed to restore normal production, but this is expected to drop if the disruptions from Ukraine continue. It is likely that the chip shortage could last another 8-9 months and could limit production in all segments,” said Srikumar Krishnamurthy, Vice President, Corporate Ratings at credit rating agency Icra Ltd, in an interview.

Ukraine and Russia are the main producers of raw materials essential for the manufacture of semiconductors. “Ukraine is a major source and supplier of semiconductor-grade neon used in chip production, while Russia is one of the world’s largest sources of palladium, a precious metal used in memories and electronics. sensor chips,” Krishnamurthy added.

The United States and the European Union have taken the initiative to impose far-reaching sanctions on Russia, which is expected to disrupt the supply of these materials to other parts of the world.

According to British specialty chemicals maker Johnson Matthey, the average consumption of platinum group metals, including palladium, in a petrol-powered car has increased by 6% since the implementation of Bharat Stage-VI emission standards in India.

Any further increases in raw material prices will force automakers to pass on rising costs to customers, which could impact demand for new vehicles at a time when India’s auto industry is experiencing a gradual rebound from the turmoil. caused by covid.

Companies have already raised prices for two-wheelers and passenger vehicles by up to 10% since last year, driving up ownership costs. Additionally, soaring fuel prices will also dampen customer confidence.

India imports more than 80% of its crude oil needs. Kotak Institutional Equities pointed out in a recent report that increased production by member countries of the International Energy Agency (IEA) would be insufficient to fill the production shortfall caused by Russia, the world’s second largest oil producer.

Brent crude futures rose $7.65, or 6.9%, to settle at $118.11 a barrel on Friday, the highest close since February 2013. Brent last week hit its highest intraday level since May 2012, with Russia stepping up its invasion of Ukraine while the United States and other European nations piled on sanctions against Russia.

Automobile production, where precious metals such as rhodium and palladium are used in catalytic converters, has been limited by several global challenges, including scarcity of shipping containers, semiconductors and precious metals, as well as rising raw material costs.

Automakers now monitor certain metrics regarding the availability of precious metals, neon gas supply, aluminum, steel, and crude oil prices. However, the threat to European manufacturers will be much higher than those with manufacturing operations in India.

Meanwhile, manufacturers of two-wheelers – other than electric and premium brands – appear to be better protected from production risks than those making passenger vehicles. Small suppliers to auto parts manufacturers have made several arrangements for the supply of raw materials, learning lessons from the covid outbreak which has disrupted global supply chains. As two-wheeler makers actively assess potential disruptions to their production, the impact is likely less now than it was immediately after the pandemic, an auto industry executive said on condition of anonymity. .

Meanwhile, February data showed two-wheeler sales fell nearly 11% from a year earlier, even as commercial vehicle sales rose 7.4%. Passenger car sales also fell nearly 8%, due to the unavailability of semiconductor chips, according to data from the Federation of Automobile Dealers Associations (FADA). The group also changed its outlook for the automotive sector from neutral to negative, citing heightened concerns over prolonged supply chain disruptions due to the Russia-Ukraine crisis.

It could also mean extended waiting times for their vehicles for car buyers.

“There are already significant constraints in the supply chain. The situation in Ukraine only adds another layer of instability,” said Martin Schwenk, managing director and managing director of Mercedes Benz India.

Road to European energy independence could start this week – EURACTIV.com