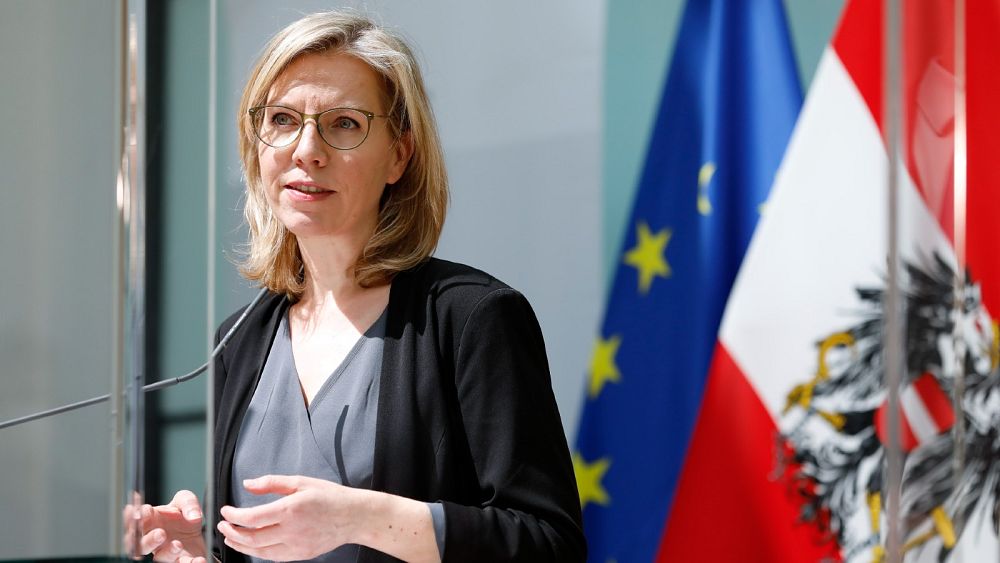 Austria has lodged a complaint against the inclusion of nuclear energy and natural gas on the European Union’s list of “green” investments.

“What I oppose with all my might is the attempt to green nuclear energy and gas through the back door of an additional delegated act,” Leonore Gewessler, Austrian Federal Minister for Health, told reporters. climate, environmental and energy protection.

“I think it’s irresponsible and unreasonable. From our point of view, it’s also not legal,” she added.

Austria had previously said it would take legal action within hours of the European Parliament backing the EU’s plan to include nuclear and gas in the taxonomy due in early July.

The taxonomy is a classification intended to clarify the financial sector on economic activities that can be considered sustainable and which has been in progress for years.

The European Commission’s decision to add nuclear and gas to the list has been criticized as highly political and came after heavy pressure from France and Germany, both of which are heavily dependent on nuclear and gas respectively.

Launch of 12 environmental NGOs including Greenpeace, WWF, ClientEarth and Transport & Environment (T&E) their own legal challenge against the delegated act last month arguing that it violates the taxonomy regulation itself as well as EU climate law and the bloc’s obligations under the 2015 Paris agreement.

Austria, which has filed its application with the Court of Justice of the European Union, hopes that other member states will join in its challenge.

Luxembourg, which also criticized the delegated act in July, “has already announced that it will join this initiative,” Gewessler said.

The minister stressed that his case is based on “16 stumbling blocks”.

Nuclear, she said, is associated with “incalculable risks”, including the “unresolved final disposal of radioactive waste” which fails to meet one of the taxonomy’s central criteria that any economic activity considered as “causing significant damage” cannot be included. She cited Hiroshima, Fukushima and the risks the Russian invasion of Ukraine poses to the war-torn country’s nuclear power plants.

She also argued that nuclear is “far too expensive and also far too slow to be able to make a contribution in this critical decade for climate protection”.

Natural gas, meanwhile, is a fossil fuel that “cannot be green by definition,” she said.

“This weakens the credibility of the taxonomy as a meaningful tool, as a credible and coherent financial instrument, and also creates disincentives for investment in our energy system because it delays urgent investments in the energy transition, because cheaper and more readily available renewable energy is already available,” she said.

Finally, for Austria, the Commission went too far by publishing a delegated act to complete the taxonomy, after the approval of the regulation by the Member States.