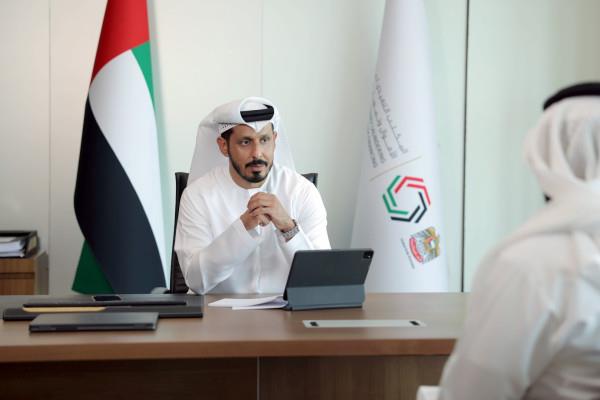 ABU DHABI, 25th August, 2022 (WAM) — The Executive Office for Combating Money Laundering and Terrorist Financing (EO AML/CTF) met on Thursday to conclude a review of progress made in the first half of 2022.

Highlights include: The UAE has signed five new International Judicial Cooperation Agreements (IJCAs) with: the United States, Russia, the Netherlands, Denmark and Italy.

Regular strategic exchanges and technical workshops have been organized with the European Union (EU), the United States and the United Kingdom.

The National Economic Register now contains Ultimate Beneficial Ownership (UBO) of 77% of company vehicles – an important standard for transparency. Plans are in place to reach 100%.

16 government agencies and more than 20 private sector representatives joined a public-private partnership to strengthen the effectiveness of the AML/CFT regime and develop legislation for information sharing between the public and private sectors.

There have been significant measures to combat money laundering and the financing of terrorism. Hamid Al Zaabi, Managing Director, said: “We have a clear agenda to combat illicit finance and preserve the integrity of the global financial system. It is anchored in the integration of institutional capacities defined in the National Risk Assessment, National Action Plan and National Anti-Money Laundering and Counter Terrorist Financing Strategy of the United Arab Emirates. We have carried the positive progress of 2021 into the first six months of this year and we take encouragement from it.

“Our priority remains to build long-term sustainable capabilities and accelerate the development of the UAE’s ability to detect, investigate and understand money laundering and terrorist financing as we advance compliance frameworks for the financial crime in the UAE and around the world.”

International cooperation In September 2021, the United Arab Emirates signed a historic partnership with the United Kingdom to combat illicit financing. This has facilitated new opportunities for cooperation, such as the exercise with the UK National Crime Agency to tackle the smuggling of large volumes of cash and gold from UK airports.

During 2022, regular bilateral dialogues between the UAE and the UK have taken place to discuss improving information, financial intelligence and facilitating action against AML /FT. Similar events took place with the European Union (EU) and the United States. The UAE has also signed five new International Judicial Cooperation Agreements (ICJA) with the United States, Russia, the Netherlands, Denmark and Italy. During a visit to the United States in July 2022, the OE led a delegation from the United Arab Emirates that met with the Treasury Department, private sector entities and leading think tanks to discuss areas of collaboration in the fight against money laundering, the financing of terrorism and the financing of proliferation.

The number of suspicious transaction reports (STRs) received by the FIU increased by 51% year-on-year (1Q21 vs 1Q22), with the financial sector contributing the vast majority. This demonstrates the success of outreach and education programs designed to increase and deepen AML/CFT awareness.

The FIU has been strengthened by an increase of more than 85% in its human resources and by the development and adoption of new tools, which have increased the efficiency of money laundering investigations, including for offenses under underlyings and the search for assets.

This is underpinned by investments in people and technology such as the Fawri Tick system, GoAML, Integrated Inquiry Management System (IEMS) and National Economic Registry (NER).

Efforts have also focused on improving systems for monitoring transactions of designated non-financial businesses and professions (DNFBPs). Work has also been carried out to help DNFBPs identify, assess and take effective action to mitigate their money laundering, terrorist financing and proliferation financing risks.

Targeted financial sanctions authorities in the United Arab Emirates have successfully made a number of high-profile arrests related to financial crime, working closely with partners in Europe, Africa and the United States. In addition, a thorough investigation resulted in the recovery or confiscation of the proceeds of crime.

Similarly, the rapid implementation of targeted financial sanctions or freezing orders has also been used as a key step in the enforcement process. The UAE has pledged to go further by incorporating relevant provisions to prevent the financing of terrorism in the new law regulating charities.

Competent authorities have also improved their understanding of typologies of circumvention of targeted financial sanctions in the public and private sectors. For example, the Executive Office for Compliance and Non-Proliferation has focused on money transfer services such as hawala, imposing disincentives on businesses that fail to demonstrate AML/CFT compliance . Significant fines have also been imposed on some DNFBPs for breaching AML/CFT standards.

The UAE has also corrected technical deficiencies relating to freezing obligations in the local list, according to which companies are required to freeze assets when UAE authorities impose a freezing order in relation to targeted financial sanctions for terrorist financing and proliferation. In June 2021, the UAE received an upgrade to this recommendation, R.6, from MENAFATF, for actions taken to improve the local list system. The UAE added 38 individuals and 15 entities to the local list, while the UAE Cabinet approved their inclusion in the national terrorism list.

In March 2022, the UAE worked closely with international counterparts on the dual listing of individuals belonging to a terrorist group. This has led UAE law enforcement to take action to arrest individuals, search their offices and homes, and collect physical and electronic evidence.

Incorporate risk-based supervision and enforcement The UAE’s Risk-Based Approach (RBA) is key to the effective implementation of FATF Recommendations. This includes targeted RBAs in high-risk areas such as traders in precious metals and stones. RBAs have enabled competent authorities to target companies for inspections, encouraging corrective action in the event of non-compliance.

The UAE confiscated more than AED2.35 billion ($640 million) in illicit assets in 2021, including AED15 million ($4 million) in gold and precious metals.

The UAE has had many successes, including: the arrest of a European thief who stole AED 3 million (about US$817,000); discovery of a fraudulent scheme in cryptocurrency trading and money laundering, resulting in arrests and prosecutions of the accused; and 40 people jailed and fined AED860 million for fraud and money laundering., Among many other major arrests and international cases such as the arrest of suspect Sanjay Shah, and with South African authorities to stop the Gupta brothers.


Legal disclaimer: MENAFN provides the information “as is” without warranty of any kind. We assume no responsibility for the accuracy, content, images, videos, licensing, completeness, legality or reliability of any information in this article. If you have any complaints or copyright issues related to this article, please contact the provider above.

Extreme heat in the United States, Europe and China hits economies around the world and worsens inflation