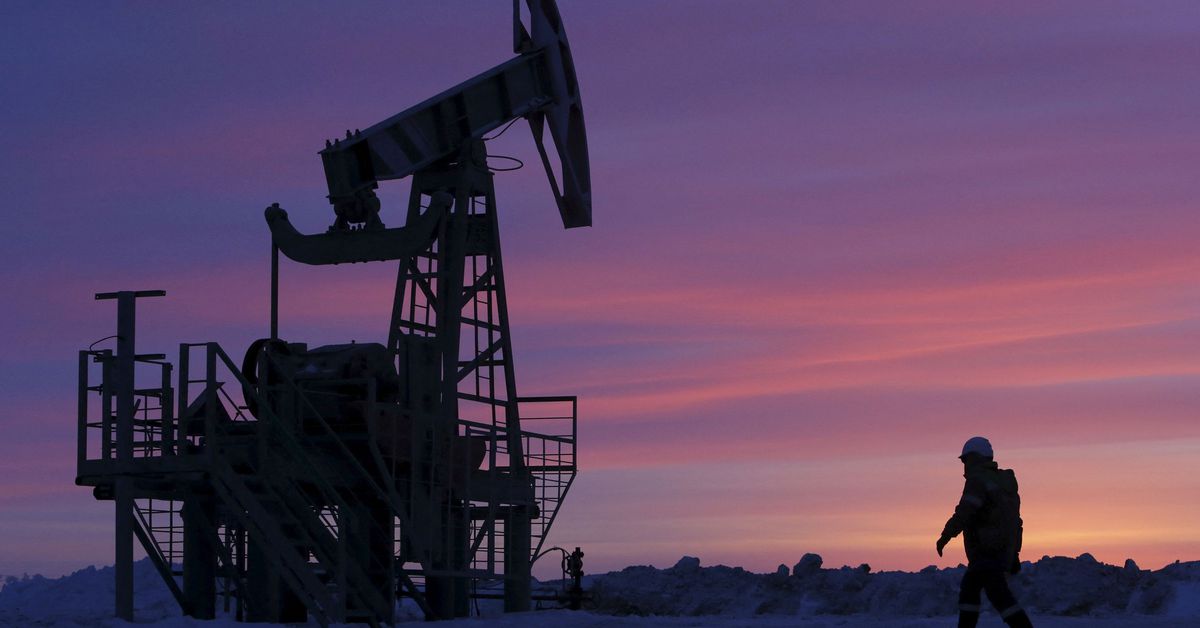 LONDON, March 25 (Reuters) – The world may be less dependent on oil today than it was during the energy shocks of the 1970s, but the conflict in Ukraine is stark proof of a stubborn thirst which can further disrupt economies, confuse policymakers and elicit political reactions. conflict.

When the 1973 Yom Kippur War triggered an Arab state oil embargo that rocked world markets and sent inflation soaring into double digits, oil accounted for nearly half of the world’s energy mix – a figure that is since fallen to about a third.

A Columbia University study last year found that the same economic growth that half a century ago required a barrel of oil could now be achieved with less than half a barrel.

Some analysts had even speculated in recent years that the global economy could withstand future oil shocks. Others have pointed to the COVID-19 lockdowns of the past two years as evidence that the economy could – albeit in a different form – function with significantly reduced oil consumption.

But the meteoric return of oil demand in 2021 and the spike in oil prices triggered by the Ukraine conflict have again highlighted the scale of the effort that will be needed to wean the global economy from an oil habit. entrenched for decades.

Shifting oil demand is difficult in the short term because it takes trillions of dollars to replace legacy infrastructure such as vehicles and equipment, said Alan Gelder, vice president of refining, chemicals and petroleum markets. at the consulting firm Wood Mackenzie.

“Investments are needed to reduce the link between economic activity and oil demand,” he said.

The latest rise in oil prices – up 50% since the start of the year – has buried hopes raised last year by global central banks that inflation fueled by pandemic-era stimulus packages would be “transient”.

Instead, it has shown all too clearly how oil permeates the inner workings of the global economy.

ANGER OF THE FUEL PUMP

Americans drive less and airlines charge higher fares. From petrochemicals used in plastics or agricultural fertilizers to fuel burned simply to ship goods around the world, crude oil derivatives account for much of the higher prices consumers are now paying for all manner of essential goods.

Inevitably, this most visible impact is at the gas pump.

Oil-importing European countries are rushing to offer motorists fuel discounts and other concessions, aware of how their anger can spill over into wider protest – as was the case with the “vests” movement. yellow” in France in 2018.

Asia, as the region with not only the world’s largest demand for oil but also the fastest growing demand, is also being hit hard. Japan and South Korea are among those increasing fuel subsidies to offset rising prices. Read more

The world’s largest oil producer, the United States, should be better protected than the others. Federal Reserve Chairman Jerome Powell noted on Monday that the country is clearly better able to withstand an oil shock now than it was in the 1970s. Read more

But that didn’t stop him from delivering his strongest message yet on his fight against too high inflation, suggesting that the central bank could act “more aggressively” to prevent an upward price spiral from taking hold.

While it took five decades for oil’s share of the global energy mix to drop from 45% to 31%, the question remains open as to how quickly the world – now with its avowed goal of zero-carbon economies – can further reduce this share.

The shift of motorists to electric vehicles is expected to cause a tipping point in global oil demand, sending it into decline. Passenger vehicles are the most oil-intensive sector, consuming around a quarter of the oil used globally.

“Oil intensity will now decline much faster, as global oil demand will peak in the next few years and then decline, while GDP will continue to grow,” said Sverre Alvik, director of the energy transition program at the adviser. in DNV Energy, which sees electric vehicles reaching 50% of new passenger vehicle sales in 10 years.

However, this is only part of the story.

The growing demand for oil in Asia, together with the fact that key sectors such as shipping, aviation, freight and petrochemicals are much further behind the automotive sector when it comes to switching to alternative fuels, means that large areas of oil demand remain firmly entrenched.

Such prospects suggest that, even in the best-case scenario, the global transition away from oil and other fossil fuel sources will pose new challenges for consumers and policymakers.

European Central Bank executive board member Isabel Schnabel this month used the term “fossil inflation” to refer to the price to pay for what she called “the inherited cost of dependence on fossil fuel sources. “.

For Schnabel, that cost stems in part from how policies like carbon pricing make fossil fuels more expensive, but more so from how energy producers can create artificially tight markets to drive up prices. at the expense of importers.

Add to this the embargoes imposed on Russian oil by the United States and Britain, and Europe’s aim to reduce its imports of Russian gas, and she concluded: “A marked drop in energy prices fossil fuels, as indicated by current futures prices, seems rather unlikely from this perspective.”

US and EU leaders reach agreement on transatlantic data privacy