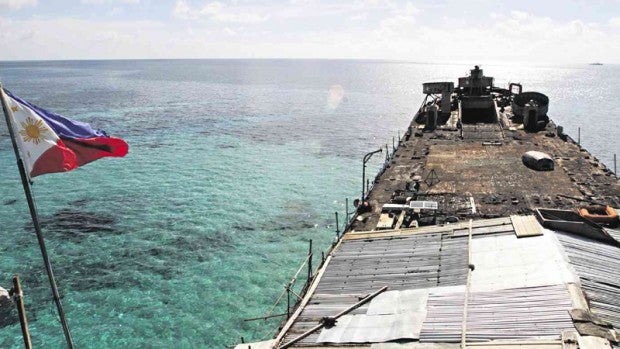 “This episode follows other unilateral actions by ships of the People’s Republic of China in the South China Sea in recent months,” EU spokeswoman Nabila Massrali said on Monday.

“The European Union reiterates its firm opposition to any unilateral action endangering peace, security and stability in the region and the rules-based international order,” she added.

The EU, she added, “stresses the importance for all parties to respect the freedom of navigation and overflight in the South China Sea”.

The EU then urged all parties concerned to resolve disputes by â€œpeaceful meansâ€ in accordance with international law, in particular the United Nations Convention on the Law of the Sea (UNCLOS), including its dispute settlement mechanisms. .

“In this context, the European Union recalls the arbitration award rendered under UNCLOS on July 12, 2016, which concluded that Second Thomas Shoal is in the exclusive economic zone and the continental shelf of the Philippines,” Massrali added. .

The EU also expressed support for the efforts of Southeast Asian countries towards a code of conduct in the South China Sea, which “should be effective, substantive and legally binding, and not overwhelming. prejudice to the interests of third parties “.

Foreign Secretary Teodoro Locsin Jr. said earlier that he spoke to Chinese Ambassador Huang Xilian and the Foreign Ministry in Beijing to protest and condemn the Ayungin Shoal incident, reminding them that a public ship is covered by the mutual defense treaty between Manila and Washington.

China, for its part, said its coast guard performs “official functions in accordance with the law.”

The Philippines will resume their missions to supply Philippine troops aboard the BRP Sierra Madre in the region, according to Defense Secretary Delfin Lorenzana.

Lorenzana said Huang told him that “the Chinese would not interfere” with resupply missions.