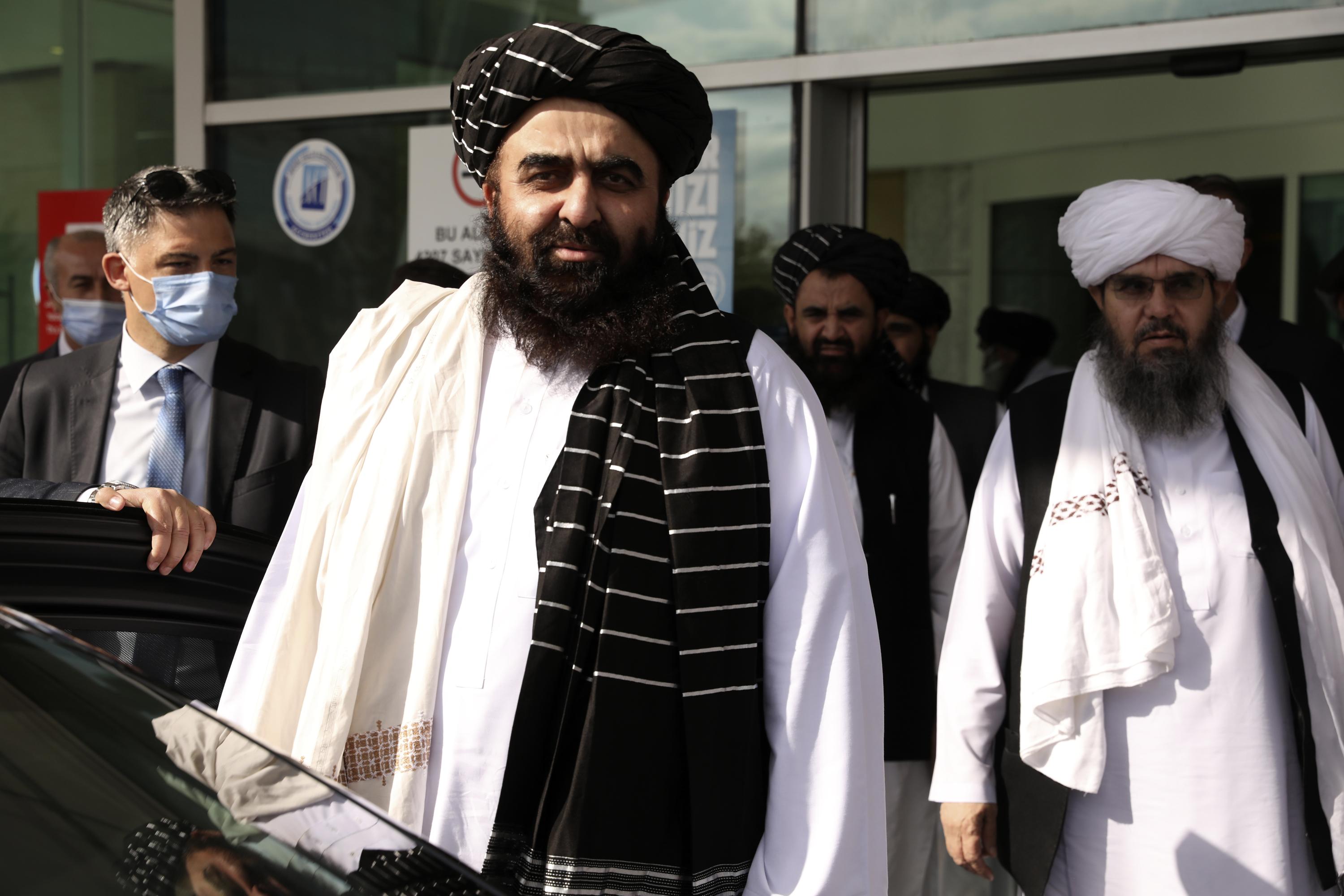 ANKARA, Turkey (AP) – Turkey’s foreign minister met with a high-level delegation of the new Afghan Taliban leadership on Thursday, officials said, the first such talks since the Taliban took control of the country in August , as US forces retreated after two decades of war.

The meeting in Ankara between Foreign Minister Mevlut Cavusoglu and Amir Khan Muttaqi, the Taliban-appointed foreign minister, comes after Taliban leaders held a series of talks with the United States, 10 European countries and European Union representatives in Qatar earlier this week.

The international community has condemned some actions by the Taliban since their flash takeover as US and NATO troops withdrew and the US-backed Afghan government collapsed. The Taliban have reinstated public hangings and other brutal tactics. They allowed the girls to go back to primary school but banned them from going to high school in all provinces except one. Women were not allowed to return to work.

The current Afghan government, appointed by the Taliban, which the former insurgents say is only interim, is made up entirely of Taliban figures, many of whom have been blacklisted by the United Nations.

Cavusoglu, speaking after the meeting in the Turkish capital, said they discussed flights from Kabul airport after the Taliban asked Ankara for help on the matter. He also said that Turkey had made suggestions regarding a more inclusive Afghan government as well as the education of girls under the Taliban.

“We have expressed our security expectations for the resumption of scheduled flights” from Kabul, Cavusoglu said. “We have once again shared our advice on educating girls and employing women.

Turkish President Recep Tayyip Erdogan said Thursday during a virtual meeting between the Group of 20 most powerful economies that the international community should keep open the channels of dialogue with the Taliban, to “orient them patiently and gradually” towards the establishing a more inclusive government.

Erdogan said Turkey, which already hosts more than 3.6 million Syrians, cannot withstand an influx of migrants from Afghanistan, warning that European countries would also be affected by a new wave of migrants.

The Taliban say they want international recognition. They warn that the weakening of their government will affect security and trigger an even greater exodus of migration from the country.

Turkey has worked with Qatar to reopen Kabul airport for international travel. However, repairs are needed before commercial flights resume.

There are currently two airlines, Islamabad-based Pakistan International Airlines and Kam Air, a private Afghan company, which operate charter flights to and from Afghanistan, but at high costs to account for insurance.

PIA on Thursday suspended flights to Kabul hours after the Taliban threatened to ban airlines unless they cut costs. Pakistani national airline spokesman Abdullah Hafeez said “the situation on the ground is not conducive to international air operations”, without giving details.

It was reported that some PIA staff were mistreated by Taliban officials after refusing to reduce ticket prices. There were no immediate details or comments from PIA or the Taliban.

Hafeez called the atmosphere in Kabul “overcrowded” and blamed the exorbitant ticket prices on the cost of the insurance PIA must purchase to travel to Afghanistan. A one-way PIA ticket from Kabul to Islamabad costs around $ 1,500, compared to $ 300 before the Taliban took power in August, Hafeez said.

Gannon reported from Islamabad. Associated Press writer Munir Ahmed in Islamabad contributed to this report. This story has been corrected to show that the last name of the minister appointed by the Taliban is Muttaqi, not Mutaqi.