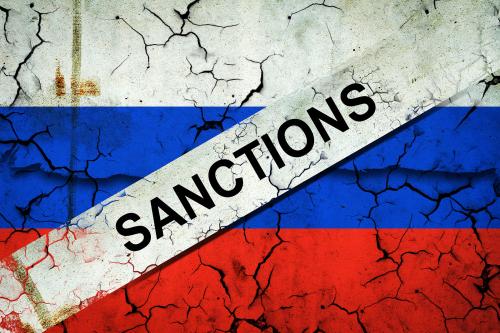 On June 3, 2022, the EU announced that it had adopted a sixth set of restrictive measures against the Russian Federation as it continues its aggression against Ukraine. The latest package also imposes new sanctions on Belarus given its involvement in this aggression.

A total import ban has been imposed on all Russian countries maritime crude oil and oil products. However, this does not mean a total ban on everything imports of Russian oil into the Union; the ban covers 90% of current oil imports from Russia.

An exemption for crude oil pipeline was adopted because some Member States, in particular Eastern European countries such as Hungary, Slovakia or the Czech Republic, depend specifically on Russia for their gas pipelines. Therefore, they are granted a temporary exemption and will continue to receive crude oil delivered by pipeline until the Board decides otherwise. However, after a transitional period of eight months, these Member States will no longer be able to resell crude oil and petroleum products imported by pipeline to other Member States or to third countries. This ensures a level playing field between Member States.

However, the embargo does not come into force overnight; the ban is subject to certain transition periods, which will allow the EU and its partners to secure alternative supplies and minimize the impact on world oil prices. The transition periods are 6 months for crude oil and 8 months for other refined petroleum products.

Furthermore, the ban does not apply to crude oil and petroleum products originating in a third country and only loaded in Russia, coming from or transiting through Russia, provided that the origin and the owner of these goods are not Russian.

In 2021 alone, the EU imported €48 billion of crude oil and €23 billion of refined petroleum products from Russia. Therefore, the impact of this ban on Russia is expected to be significant, as exports to the EU account for around half of Russia’s total oil exports.

In addition, new bans on oil transport services have been adopted. EU operators will no longer be allowed to finance and ensure the transport of oil to third countries, in particular by sea. The restriction is subject to a transition period of 6 months. Since EU operators are important providers of these transport services, the ban will make it particularly difficult for Russia to continue exporting crude oil and petroleum products to the rest of the world.

The EU has expanded the list of high-tech items banned from export to Russia to include additional chemicals, which could be used for the manufacture of chemical weapons. These chemicals have been under control since 2013 with respect to Syria. Some exemptions apply.

This ban accounts for approximately €663 million of EU exports to Russia.

Three Russian banks, Sberbank, Credit Bank of Moscow and Russian Agricultural Bank, and a Belarusian bank, Belinvestbank, also known as Bank for Development and Reconstruction, were removed from SWIFT. The move actually took place on June 14, 2022.

In addition, the provision of certain services such as accounting, auditing, including statutory audit, accounting and tax consulting services, business and management consulting and public relations services to the Russian government , as well as legal persons, entities or bodies established in Russia are now prohibited.

The prohibition does not apply to the provision of services intended for the exclusive use of legal persons, entities or bodies established in Russia which are owned by, or controlled solely or jointly by, a legal person, a entity or body, which is incorporated or constituted under the law of a Member State. Therefore, a wholly-owned Russian subsidiary of an EU-incorporated company could benefit from this exception.

In addition, certain restrictions regarding trusts (trust funds) and similar legal arrangements, the founders and/or beneficiaries of which are Russian nationals, legal persons established in Russia or legal entities owned, controlled or acting on behalf of above-mentioned persons, were adopted. It is prohibited to register, provide a registered office (or business or administrative address) and provide management services to such trusts. However, the restrictions do not apply if the trustee or the beneficiary is a national of a Member State or a natural person holding a temporary or permanent residence permit in a Member State. It follows that the exemption cannot apply if the founder or the beneficiary is a legal person.

The broadcasting activities of three Russian state media, which are among the Kremlin’s most important disinformation channels, specifically targeting audiences in Ukraine and the EU, have been suspended. Namely, these are Rossiya RTR/RTR Planeta, Rossiya 24/Russia 24 and TV Center International. These outlets are not permitted to distribute their content in the EU by any means, such as cable, satellite, internet, or via smartphone apps. Additionally, advertising of products or services on these sanctioned outlets has also been prohibited.

As of 21 June 2022, the EU restrictive measures apply to a total of 1,158 individuals and 98 entities, who are subject to an asset freeze and EU nationals are prohibited from putting funds at their disposal. In addition, natural persons are subject to a travel ban, which prevents them from entering or transiting EU territory.